I’ve decided to lighten up a bit 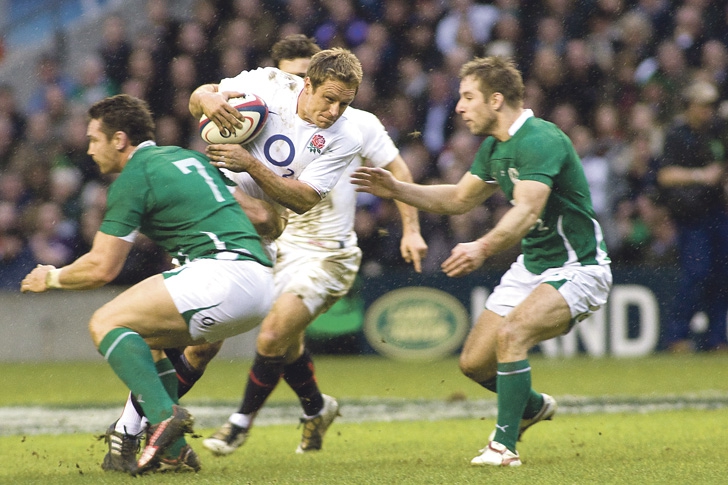 RUGBY TACKLES: Deemed dangerous by some.

THIS week the health and safety brigade finally lost it completely

WELL this week the ‘ealth n safety brigade finally lost it completely. They were actually suggesting that for safety’s sake, they wanted a total ban on tackling in the game of rugby!

I’ll tell you what, why don’t we take that dangerous ball out of the game altogether? All those lovely big hulking men could then run around for 80 minutes playing tag with each other! You really couldn’t make it up.

It was with this ludicrous suggestion in mind I decided this week to lighten up a bit, (I can hear the derisory snorts from here!). Subsequently sniffing through a few internet sites, I managed to come up with some real ‘ealth n safety/PC humdingers.

In Canada a Santa was banned from saying Ho Ho Ho, because it was too close to the American slang for prostitute and could be derogatory to women. The word pet must be replaced by ‘companion animal’ because it was ‘demeaning to free loving creatures’. Easter eggs should be referred to as ‘spring spheres.’ And my absolute favourite to date. A ban on advertising for ‘reliable employees,’ because it may discriminate against unreliable applicants. All very funny so far.

With all this in mind, I decided to dig a little deeper. As I delved into the origins of political correctness in particular, it actually began to take on quite sinister overtones.

Political correctness has in fact been around far longer than many of us may actually realise. Previous totalitarian regimes have used it to great effect. It was at one stage referred to as Cultural Marxism.

One piece stated that Political Correctness is the principal tool of the political left. Its purpose is to intimidate. It promotes critical theory, separatism and victimology rage. It operates on the premise that ‘victim groups,’ and other minorities are automatically good regardless of what any of them do, and that all bourgeoisie and capital owners are evil.

Label any subject politically incorrect and there is no debate. It effectively closes down all opinions, freedom of speech and ultimately freedom of thought. In other words all these PC pushers are not petty, piddling pains in the bum – they’re as dangerous as hell!