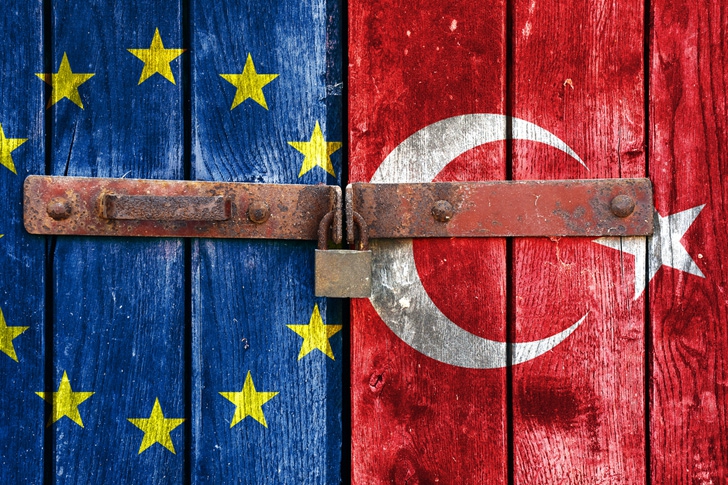 The EU is gearing up to scale back the number of Syrian refugees being offered resettlement in Europe, as part of a controversial pact being drawn up with Turkey.

Officials have pledged to resettle Syrian refugees currently in Turkey, but figures that have been released last week suggested only 72,000 places would be available, with uncertainty about the EU´s obligations beyond this number.

Several countries are concerned that a deal withTurkey could mean large scale resettlement of Syrians in Europe. A senior EU official said there “cannot be an open-ended commitment on the EU side”.

The ongoing debate about Turkey´s inclusion in the EU continues with strong arguments both for and against their potential membership .

Those for Turkey’s inclusion argue that the country´s economic stability would be an asset to the EU as a whole. Economically it survived the global financial meltdown far better than most EU nations. Per-capital income has increased six-fold and the average Turk is now wealthier than his Romanian and Bulgarian counterparts in the EU.

Only New York, London and Moscow have more resident billionaires than Istanbul. The suggestion being that Turkey would inject new life into the EU economy, as well as adding 75 million consumers to a single market.

Those against, however, point out that Turkey is not a European-style democracy. Its politics are a mixture of almost dictatorial military leadership and Islamists of several factions.

The country´s human rights record is rife with abuse whilst dozens of journalists remain in jail. Amnesty International has continuously reported on accounts of torture, free speech violations, denial of minority rights, unfair trials as well as failure to protect women.

Public opinion in the EU is overwhelmingly opposed to Turkish membership with the Turks themselves being seen as nonplussed joining.

As far as the ongoing crisis of the influx of refugees and migrants into the country, the EU has insisted that the directive to scale back the resettlement would undermine the root of the problem, the people smugglers, as potential migrants would have far less incentive to come to Europe if they think they will be turned back.