Brexit, a view from a QC specialising in EU law 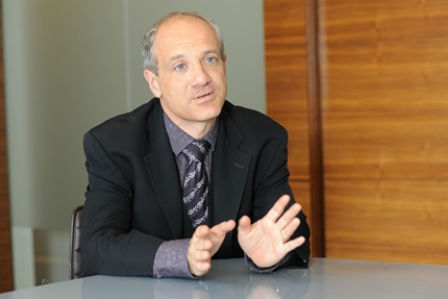 GEORGE PERETZ QC a barrister at Monckton Chambers in London who specialises in EU law and has advised the UK Government and many private clients on free movement issues has kindly supplied the following advice which EWN is delighted to share with our readers.

One of the first things you learn when you study EU law is that one of its main aims is to protect EU citizens who move to other EU countries. In one important European court case, it was said that any EU citizen can claim “civis europeus sum”  – I am a European citizen.  So every Brit working, living or owning property in Spain has the basic right to be treated in the same way as a local and that basic right means that they can get a job, start their own business, or buy a property on the same basis as Spaniards.

They can’t be made to pay more taxes than Spaniards.  In most cases, they can use public services such as health on the same basis as Spaniards and they can even vote in local elections.

Depending on the final outcome of any post-Brexit deal, all of those rights could vanish if the UK leaves the EU.  Brits wanting to buy property in Spain could be stopped from doing so in certain areas (as they are in Switzerland).  Brits could be made to pay unfair extra on their rental incomes (as France tried to do before it was stopped by the EU) and they are likely to find access to local health services becomes more expensive and difficult, as it is anywhere outside the EU.

You could avoid some of those problems by applying for long-term resident status.  But it is largely up to Spain how it deals with such applications.  For example, it could impose requirements that you speak excellent Spanish and are integrated into Spanish culture and even as a long-term resident you wouldn’t have rights you enjoy as an EU citizen, for example to have members of your family come and join you.

What do Brexiters say?

First, they point out that Brits lived in Spain before the EU.  That’s true. But they had no automatic right to work, run a business and so on without the say-so of the Spanish government.  Rich Brits – like the prominent Out campaigner Lord Lawson, with his house in France – are probably fine.  Countries always welcome the wealthy, and they can pay extras taxes and charges.  Less rich Brits may well find things harder.

Second, they argue that the Vienna Convention on the Law of Treaties will help. But the problem with that argument is that Article 70 of that convention – the clause they rely on – only protects rights and obligations “created through the execution of the treaty prior to its termination”.

It is very unclear what those words mean in the case of Brexit. They would probably stop Spain from confiscating a house bought before Brexit – although the European Convention on Human Rights would probably prevent that anyway. But it is hard to see that that clause would give Brits any continuing right to be treated as an EU citizen in the years after Brexit, when it came to matters such as the rights to work, not to pay extra taxes, to use public health care, to buy further property or even to carry on living in Spain.

Further, it would be for the Spanish courts and lawmakers to interpret and apply this rule – there would be no right to complain to the EU if it wasn’t respected. So the claim that the Vienna Convention offers any solid protection to expat Brits is simply incorrect and even Brexiters do not claim that anything in the Vienna Convention could help Brits who merely plan to live or work in Spain but have not yet done so.

Third, one can also argue that the UK would do a deal with EU countries to protect the position of British expats but since Brexiters want to be able to stop or control migration from other EU countries to the UK, and since any deal would have to be even-handed, we can’t expect that any such agreement would give Brits living in or planning to live in Spain anything like the same rights they enjoy now.

The truth is that Brexiters care much more about meeting migration targets than they do about the position of the one to two million Brits living on the continent, or the millions more who would like to move to the continent when they can.

My advice to British expats in Spain, and those who would like to join them, is clear.  A vote to stay in is the only way to ensure that your rights are protected: if Brexit happens, your position in Spain is likely to be a lot less legally secure than it is now. And any British expat who left the UK less than 15 years ago has the right to vote: just go to www.gov.uk/register-to-vote.