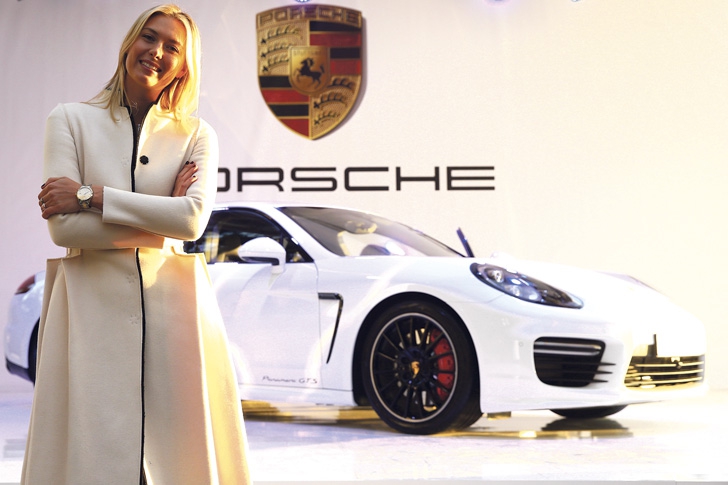 MARIA SHARAPOVA failed a drug test after the Australian Open

TENNIS pin-up, Russian-born Maria Sharapova is said to have earned €27 million during 2015 from a combination of prize winnings and endorsements, but now her world has changed dramatically following revelations that she has failed a drug test after the Australian Open championship.

Her three biggest sponsors, Nike, Tag Heuer and Porsche have immediately reacted with Nike suspending their relationship, Tag Heuer cancelling theirs and Porsche for whom she became the first female ambassador, considering their situation although their contract with her is due to expire by the end of 2016 and may simply not be renewed.

In 2010, the 28-year-old tennis player signed a new eight-year contract with the US sportswear giant Nike, worth €64 million as well as a percentage on sales of her own branded clothes and in the case of Porsche, she has access to one of their cars for personal use. She also has contracts with Avon perfume, Luck, and the water company Evian.

Ms Sharapova has said she had been taking the drug meldonium since 2006, on the advice of her family doctor although it was prescribed under a different name and she was not aware that the particular drug had joined a banned list at the beginning of 2016.

She has, however, admitted that she was foolish not to realise what she was doing and can blame no one other than herself.

She will clearly hope that the matter can be resolved as quickly as possible, and that she receives a warning rather than a lengthy ban, although no doubt she has sufficient funds in reserve to allow her to continue to lead a comfortable life.

Whereas in the past, sponsors may have taken a less dramatic view of what could have been a simple if potentially expensive error, the pressures of social media, the speed in which information flows around the world, and the number of recent stories concerning drugs in sport have all conspired to panic them.

It does however bring into question whether this type of expenditure by large corporations is money well spent, and in the case of Nike, the number of complaints that have been received about the poor conditions and pay of third party Asian workers seems to gather less publicity than the suspending of one photogenic tennis player.