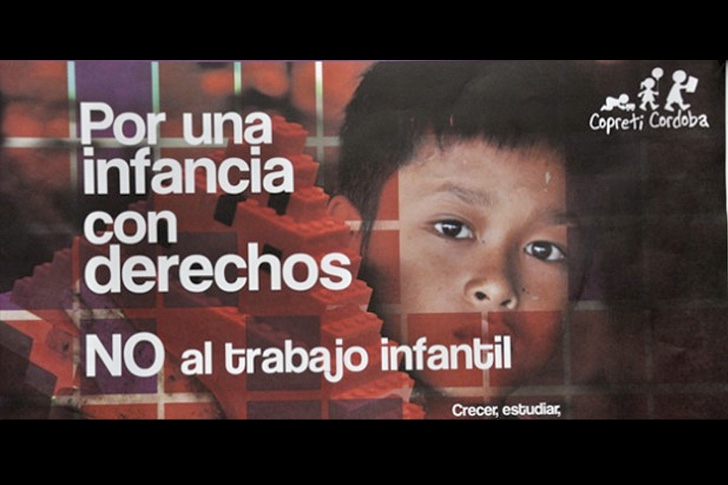 IN MEXICO, Pope Francis said: “God will call to account the slavers of our day, and we must do everything possible so that these situations do not occur more”.

218 million kids around the globe work as slaves. Half of them perform risky tasks and more than eight million work as prisoners. It is an outrage against human rights.

Alejandro Sanz endorsed the sentence: “Together we can”.

Those who have agreed with him include the musician Bob Geldof; the actor Imanol Arias; the Nobel Peace Prize winner Mohammad Yunusand the Economy Nobel Prize winner Joseph E. Stiglitz together with varied cast of famous actors and thinkers who express their repudiation of child labour in Latin America, defending the social action “Proniño” which aims to eliminate child slavery and support the social integration of children.

Imanol Arias also said: “Supporting a child costs €140 per year, €12 euro per month and 40 cents per day. Half the price of a coffee”. “When a woman starts to make money,” recounts Mohammad Yunus, “the first thing she does is bring it back home to her children, whom she had lent to work in exchange for food.” Bob Geldof also stated that: “The problem is not child labour, but excess of poverty”.

Moreover, to relieve the victims of slavery, an event was held that featured African and Caribbean stars. Tyranny remains a universal affliction. According to the reports of the International Labour Organization, 12.3 million people tolerate any form of slavery.

More worrying is the situation of the children. Save the Children says that 218 million kids from 5 to 17 years old work in the world, of which 126 million in “very dangerous” and 8.5 million in “demeaning” circumstances described as “slavery” tasks. Child trafficking is due to many reasons: carnal exploitation, i.e., prostitution, lewdness or compulsory marriage, illegal adoption, use of children for begging, for scams, to perform forced labour and for organ removal. Trafficking of children has turned into the world’s third criminal business after speculation with drugs and arms trafficking.

Author and journalist Clemente Ferrer has led a distinguished career in Spain in the fields of advertising and public relations. He is currently President of the European Institute of Marketing. For additional information visit [email protected]