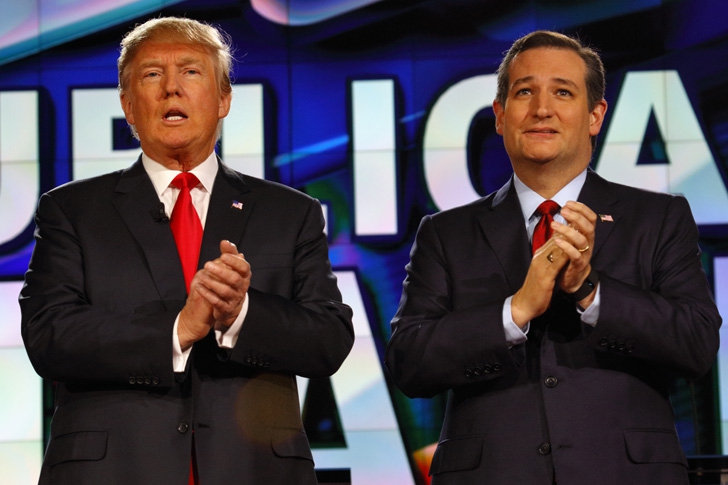 REPUBLICAN front runner, Donald Trump is renowned for his controversial remarks on many topics mainly immigration. This time his Republican rival Ted Cruz proved to be the most provocative in his comments after the Brussels bombings.

Currently second in the Republican race, behind Trump, Cruz turned to Facebook to say that Obama has failed to confront, or even identify, “radical Islamic terrorists”, and he called for the US to stop admitting refugees from areas with a “so-called Islamic State or al-Qaeda presence.”

He went on to say; “we need to empower law enforcement to patrol and secure Muslim neighbourhoods before they become radicalised,”

These incendiary comments have unsurprisingly ignited some furious remarks in retaliation.

Wired editor Emily Dreyfuss tweeted: “I live in a Muslim neighbourhood. My neighbours spent the weekend cleaning up the playground so our children can enjoy spring. Screw Ted Cruz.”

Four months ago in response to the Paris attacks, Trump received praise and condemnation following comments that the government would have “absolutely no choice” but to shut down some US mosques.

“Do you all remember how beautiful and safe a place Brussels was,” he asked. “Not anymore, it is from a different world! US must be vigilant and smart!”

He later continued on a US TV channel that he would “close up our borders to people until we figure out what is going on”.

“We don’t learn,” he said. “Brussels is an amazing example. Brussels was an absolutely crime-free city. One of the most beautiful cities in the world. And now you look at it, it’s a disaster.”

“You see what’s happening in London and other cities,” he continued. “It’s not pretty to watch. Many cities will be this way with what’s taking place.”

“They have areas in Brussels where the police can’t even go,” …  “The police are afraid to go there. The police don’t even go there. It’s a mess. And if you look at Paris, believe me it’s the same thing.”

In more twists and turns than a soap opera, Trump has hinted at his hopefulness to secure further votes following the bombings in Brussels. He tweeted:

“I have proven to be far more correct about terrorism than anybody – and it’s not even close,” Then he turned his attentions to the Republicans in the two states holding primaries today. “Hopefully Arizona and Utah will be voting for me today!”

As candidates scrabble to secure votes in the hope of becoming the leader of their party and potentially the next president of the US, the elections are still a way off in November 2016. Love them or loathe them, it seems the Republicans are never far from a contentious comment.