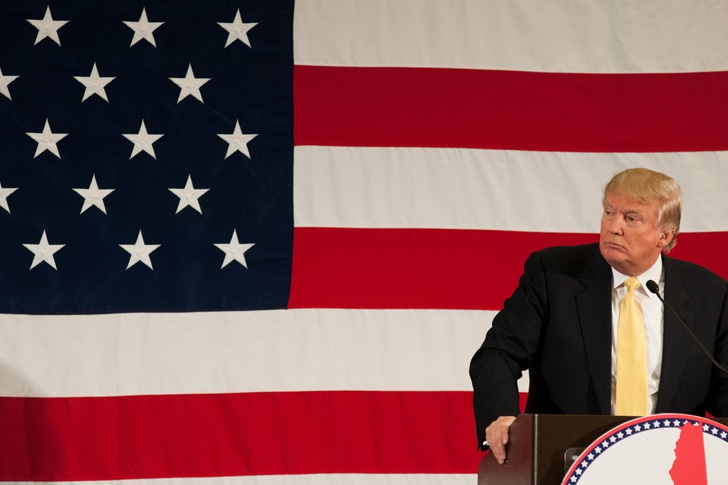 NEVER far from controversy, Donald Trump has yet again sparked an outcry by voicing his opinions on abortions. He stated that the US should ban abortions and women who undergo them should face “some form of punishment.”

In the US the right to have an abortion is legally cemented by the famous 1973 Roe v Wade Supreme Court ruling.

During an interview with MSNBC on Wednesday March 30, Trump instantly shocked and angered women’s rights campaigners. Hilary Clinton said that his remarks were “horrific and telling.”

During the interview, Trump said: “Well, you know, you’ll go back to a position like they had where people will perhaps go to illegal places.” The billionaire turned TV star continued: “But you have to ban it.”

“There has to be some form of punishment,” added Mr Trump when questioned by host Chris Matthews. The interviewer went on to ask Trump whether men should be punished for abortion and he replied that he didn’t think so.

Throughout Trump’s latest party campaign, his thoughts on abortion haven’t faltered with him consistently reiterating his view against them, although he hasn’t always been seen as so steadfast, in previous years Trump has been quoted as saying that he supported women’s right to choice.

In 1999 he said: “I believe it is a personal decision that should be left to the women and their doctors.”

In his latest interview Trump did say that there should be exceptions to the rule, for example, in cases of incest, rape or if a woman’s life was in danger.

After the interview, a statement from Trump’s office was released: “This issue is unclear and should be put back into the states for determination. Like Ronald Reagan, I am pro-life with exceptions, which I have outlined numerous times.”

According to data, 49 per cent of Americans believe that abortion is morally wrong and should be made illegal.

Political rival Ted Cruz was quick to condemn the controversial billionaire: “Once again Donald Trump has demonstrated that he hasn’t seriously thought through the issues, and he’ll say anything just to get attention.”