Perhaps the dream team can finish off Daesh 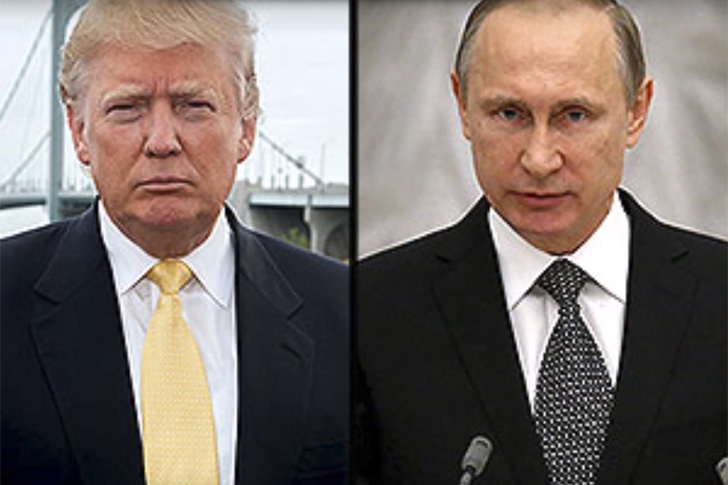 ALTHOUGH on the face of things, they don’t seem to be a natural fit, there seems to be something of a ‘bromance’ developing between the slightly right-wing billionaire Donald Trump and the slightly left-wing (but not really) billionaire Vladimir Putin.

They both have very strong views about how their countries should be run, don’t seem to care about international rules or accepted levels of decent behaviour, and they both want to see their country on top of the pile.

In American professional wrestling there is a bout known as the King of the Ring, where different wrestlers band together to beat up opponents until they are down to the last two combatants who then slug it out with each other.

Crazy as it might sound, if Donald Trump does take the Republican nomination and goes on to become President of the USA, it is just possible that he will remember the Arab saying ‘the enemy of my enemy is my friend’, and work with Putin in order to wipe out Daesh and anybody else who gets in their way.

It would certainly be a formidable pairing and with oil, prestige, influence and land at stake, it could appeal to two of the strongest nations in the world and their rulers.

At the moment, both countries see the other as a potential enemy and the sending of an American armoured detail to Eastern Europe has not pleased the Russians, who are still concentrating their interests in returning some of the old USSR to Russian control.

The justification for the movement into the Sudetenland back in 1938 was as simple as the language that the people spoke, and that isn’t too different to what happened with the Ukraine.

At the end of the day, what would happen if all this came true and the combined American and Russian forces did eradicate Daesh and Islamic extremists?

Could they return to normal relationships or to revisit the wrestling analogy, would they then have to fight it out to determine the King of the Ring with Europe sitting uncomfortably between the two competing powers?