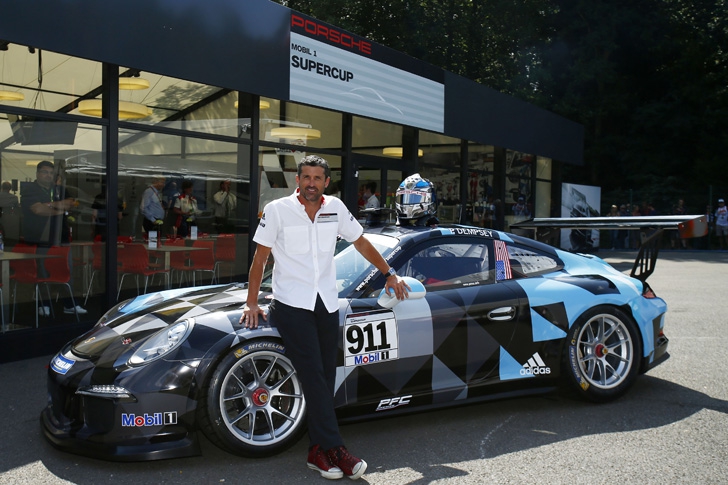 THERE will be a new role for actor Patrick Dempsey when this season’s World Endurance Championship gets underway at Silverstone on April 16, as the Hollywood star will no longer be involved as a race driver but as co-owner of the Dempsey Proton Racing team. In an interview with Porsche he speaks about the fascination of car racing, his soft spot for Porsche and the aims he wants to achieve with his team.

When asked to describe his new role as co-owner of Dempsey Proton Racing and the 911 RSR with the number 77, the well-known actor said:

“It’s great to be involved in motorsports from a new perspective. Last year I made the decision to mainly focus on motorsports as a driver. I raced in the FIA World Endurance Championship – one of the biggest and most rewarding challenges in my life. This year I am excited to support the team in my new role as a co-owner. Currently we are preparing for Silverstone and the team is doing a world class job. I will be present there for the first round of the season, as well as in Le Mans.”

“Driving a 911 RSR is as exhilarating as it is demanding. It’s a very powerful car and there is a lot of force acting on your body, so you need to be in good shape to put in consistent lap times. At the same time it’s very well balanced. Feedback is great and it’s easy to feel what the car is doing. Exactly what you want from a good GT race car. It still feels like a 911 road car, but it is even more precise and much faster on the race track. Above all it’s a fun and thrilling experience. There is really nothing else like it.”

“My fascination began very early in my childhood. I always loved racing and cars since I was very young. My father would bring me home little Matchbox cars, we would watch or listen to the Indianapolis 500. I just always had an interest in all things racing.”