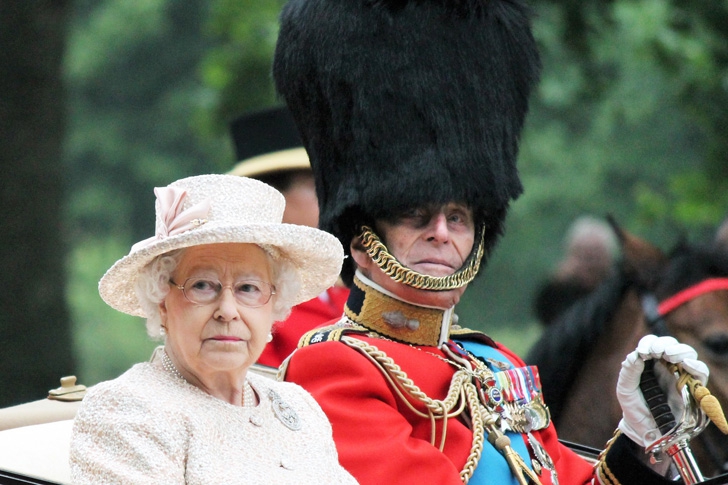 The Queen and Prince Philip.

IN CELEBRATION of the 90th Birthday of Her Majesty Queen Elizabeth II on April 21, the Chief Minister Fabian Picardo has issued the following letter on behalf of the people of Gibraltar.

The Queen at 90: Happy Birthday, Your Majesty

If you held a competition asking people to conjure up the ideal queen, a constitutional monarch who could lead her people from the pre-analogue days of Empire into the most vibrant digital democracy, could they really come up with anyone as special as our Queen Elizabeth II? Impossible!

So many of us were not even born yet when her reign started, and she has been a lifetime point of focus for us in a changing world, a comfort in difficult times and the centre point of celebration when the great occasions arrive.

Imagine: she started her role as Monarch when Churchill was Prime Minister. She has seen 12

Prime Ministers come and go already. She has been Queen since the appointment of Gibraltar’s first-ever Chief Minister. This is truly a remarkable record!

For Gibraltarians, Her Majesty has a very special place in our hearts. She epitomises our sense of being British, and our loyalty to the Crown.

I truly envy those of you who were here in Gibraltar in 1954 to see the arrival of this great dashing couple, the very beautiful and inspirational young woman who had just acceded to the throne two years earlier in 1952. I look at those black and white photographs of her being cheered by the entire community, everyone clearly jubilant, and I am filled by a great sense of pride in the achievements of this nation under her reign.

Like all of you, I wish she would find the opportunity to visit us here on the Rock.

At 90, she remains a huge non-partisan political force, a guarantee of the rule of law and democracy.

We are grateful for her unwavering messages of support to Gibraltar, her good wishes that come to us on our own great occasions and her family’s long-standing association with Gibraltar and its people.

It is a relief, amidst the vociferous debate of the day, the ‘Bremains’ and the ‘Brexits’, that we have this opportunity to reflect on the massive contribution one person has made to the stability, prosperity and sense of identity of the British family. Whatever happens on June 23, we are and shall remain British and we shall keep our Queen. That is an adamantine pledge.

Australia – in people choosing to retain their links to the Crown and the values she has established and identified for a modern, democratic United Kingdom.

How has she coped with the endless public scrutiny despite the trials and tribulations that touch most families at one time or another? How has she held so firmly at times when the press has rounded on members of her family? But most of all, how has she always succeeded in being able to rise above the din of daily life to rally us all across the Commonwealth, to which she continues to be so dedicated?

I know I speak with the strongest and most sincere congratulations of us all when I say: “Happy Birthday Your Majesty. Gibraltar loves you. Long may you live and reign over us.”