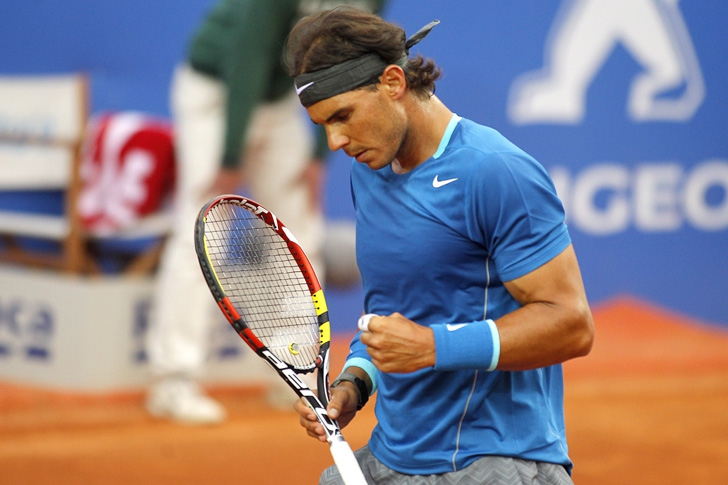 Rafa Nadal is fighting back.

MALLORCAN tennis star Rafael Nadal confirmed on Monday that he is suing the former French sport minister Roselyne Bachelot after she accused him of covering up a failed drugs test.

In an announcement the affronted sportsman said: “Through this case, I intend not only to defend my integrity and my image as an athlete but also the values I have defended all my career,” and confirmed he would be pursuing a defamation lawsuit.

“I also wish to prevent any public figure from making insulting or false allegations against an athlete using the media, without any evidence or foundation and to go unpunished.”

The ex-sports minister made the comments in March on live television when discussing five-time grand slam champion Maria Sharapova and her admission that she failed a drug test at the Australian Open. She then went on to state that Nadal had faked an injury in 2012, due to an ‘apparent knee injury’, in order to hide a positive drugs test.

In response to Bachelot’s comments, the 29-year-old tennis ace is now looking to seek justice and legally through the courts, halt any speculation that he ever used performance-enhancing drugs.

The 14-time Grand Slam champion said recently: “I am tired about these things. I let it go a few times in the past. No more,” he added that he expected better of a person who was “minister of a big country and a great country like France.”

Many famous top sports stars came to Rafa’s defence at the time, including Real Madrid coach Zinedine Zidane. Nadal is an honorary member of Real Madrid.

He said: “I feel bad for Rafa Nadal because he is a gentleman, a person that has shown the values he has and that everyone loves.

“He is a professional and I know him a little. I feel bad for what they have said.

“He has to leave all this to one side and think that everyone who loves sport, loves Rafa Nadal, whether they be French, Spanish or American.”

Nadal confirmed that if the court found that there had been wrongdoing and awarded him damages, all money would be given to an NGO or foundation in France.

“I ask for total respect regarding the legal procedure just started and would like to express my complete trust in the French justice system who will be judging the legal case.”

So far Nadal has never failed a drug test and has always passionately denied ever using a banned substance.