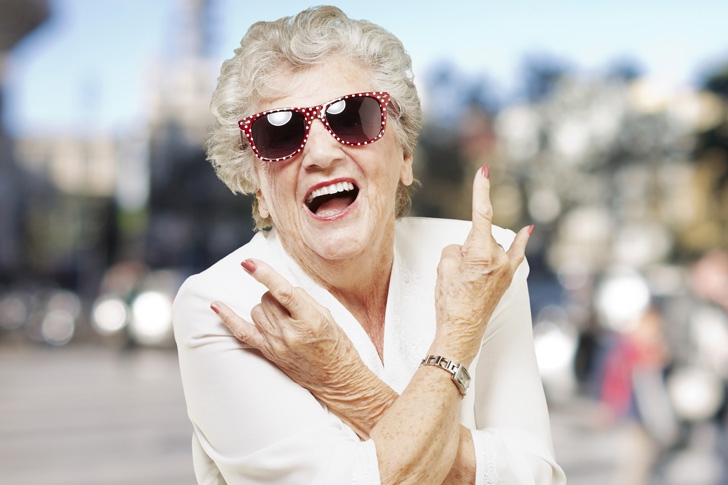 DON’T you miss London? It’s something I get asked now and again, and I can honestly say No, I don’t miss it. I still love it, but I don’t want to live there anymore. I’ve got plenty of things to keep me happy, occupied and stimulated right here on my doorstep.

Over the years I’ve been fortunate enough to have the chance to photograph many concerts and DJs at BH Mallorca Hotel (formerly Mallorca Rocks Hotel). It was quite a different experience last Sunday evening when I arrived with my cameras. Instead of hordes of young people and pumping loud music, I was greeted by neat rows of silver haired music lovers seated on chairs with blankets over their knees.

It was a little like stepping into a different dimension, it looked familiar but something very different was going on. It wasn’t long before I was approached by a man sporting a bowler hat with feathers sprouting out of it. “Hi, my name is Robin, are you from the papers?” I guess the big camera gave it away, that and the fact I was definitely NOT the oldest person in the venue, another change from my normal BH experience when I certainly feel a bit on the elderly side.

Robin briefly introduced me to Gerry Flynn, the festival organiser who told me they were delighted to be in Magaluf and they were thrilled with BH Mallorca and how the festival was going. “We’ll definitely be back with twice as many people next year,” he told me, “it’s perfect for our needs. We’ve basically got a large space which functions as a festival field and then hotel rooms around it.” “Like extreme glamping?” “Yes, exactly that.”

I’d arrived in time to see Eddie Reader and her band. Would her voice be as beautiful and clear as it had been when singing on hits such as ‘Perfect’ back in 1988? Yes it was. She and her band gave a fantastic hour-long performance of songs spreading across several genres including folk, pop and jazz, finishing off with a beautiful closing rendition of ‘Moon River.’ I really enjoyed the performance of one of the songs of my youth, Patience of Angels, which was sung by its original writer, Boo Hewerdine. Then after a short break, where I wished I’d brought my own blanket, The Lindisfarne Story began their set and knocked out some tunes even I recognised before I decided to call it a night and leave the revellers to their party. For next year see www.costadelfolk.co.uk.

Next up in Mallorca we’ve got another festival this weekend. This time at Son Fusteret in Palma. You can see that line-up at www.mallorcalivefestival.com. Not sure how many silver-haired rockers there will be there, but the organisers promise three consecutive stages with indie, rock, world music and electronica all going off over the weekend.