Has Captain Cook’s ship been found? 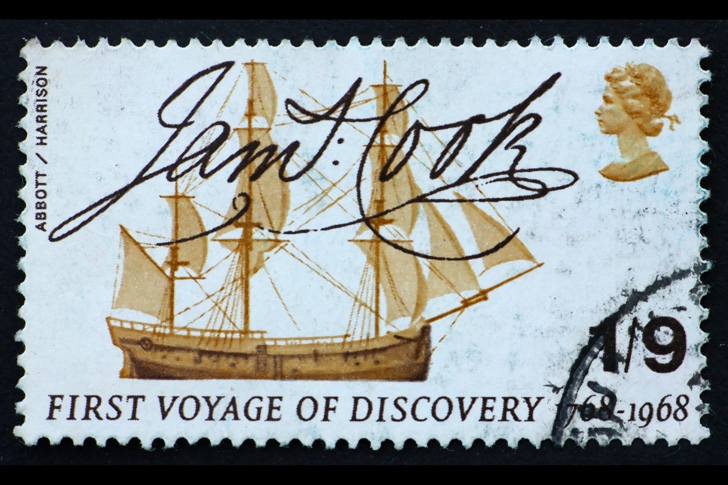 The Endeavour as seen on a stamp.

US researchers believe they could be a step closer to finding British explorer Captain James Cook’s ship, the vessel in which he sailed to Australia in, in 1768.

A group of five shipwrecks have been located on the sea floor near Newport Harbour after it is known to have sunk there in 1778.

An investigation into the ships and the artefacts is being prepared by investigators.

An appeal from the researchers has also been launched in order to get necessary funds to build the right facilities for the handling and storage of the hoard.

Researchers said in a statement: “All of the 13 ships lost in Newport during the Revolution are important to American history, but it will be a national celebration in Australia when RIMAP identifies the Lord Sandwich ex Endeavour.”

In 1768 on a voyage to map the Pacific Ocean, Captain Cook set sail on the Endeavour, a coal ship built by the British. Two years later he reached the south east coast of what is now known as Australia, eventually dropping anchor at Botany Bay.

Cook went on to claim the region as British. On arrival back to Britain, the ship was renamed Lord Sandwich and became a troop carrying ship.

Later when being used in the American War of independence it was sunk in a blockade of the Narragansett Bay. The wreckage has never been found although researchers from Rimap have been studying 13 sunken ships using state of the art sensing equipment.

Rimap is a non-profit organisation set up 1992 so that the “diving and non-diving public” could study marine archaeology sites and maritime history in Rhode Island’s Narragansett Bay, according to the website.

Wednesday will see the 240th anniversary of Rhode Island declaring independence from the UK.

Rimap continued in their press conference that this is “one of the most important shipwrecks in world history” would be “an intriguing birthday gift for all of Rhode Island.”