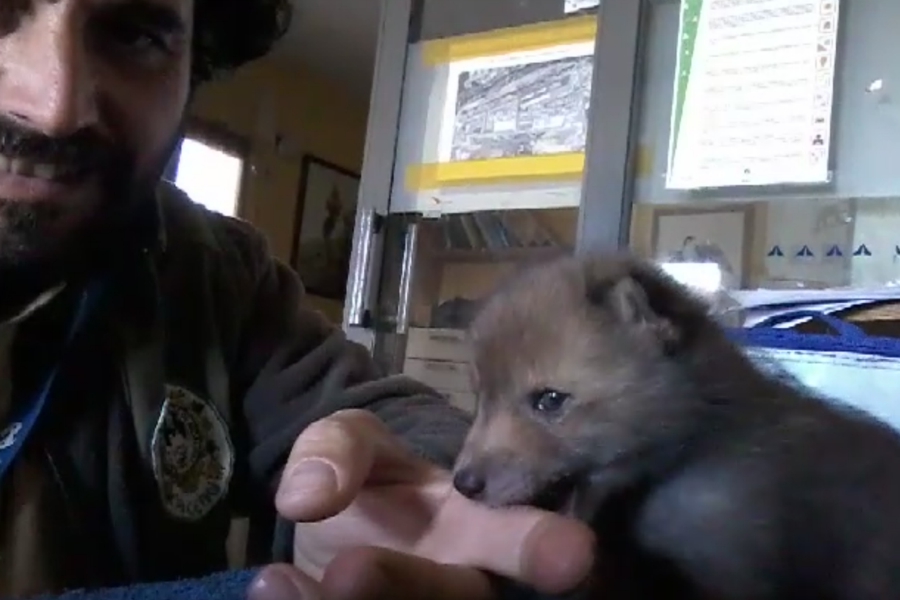 She has been adopted by local falconer Juan Carlos Granero, whose role includes hunting using wild birds of prey, falcons in particular, from the Center for Recovery of Threatened Species, and hence named the little creature in the organization’s honour.

As Francisco lives near to the international flying hub, he has decided to engage Crea in some stimulating activities and found her a job as his assistant.

One might wonder why a vulpine presence might be required in the fourth busiest airport in Spain. Apparently, the territory surrounding the terminals is frequented by ducks, pigeons and small animals such as rabbits, which can disrupt the work of the airport and cause a nuisance, as well as potential danger, for ascending and descending aircraft.

In this case Crea would be just the fox to lend a helping paw and aid the Juan Carlos in his pursuit of keeping the airport creature free and safe, unless, of course, the little cub finds a new home in a zoo, a nature reserve or even a farm school.

Unfortunately, it is no longer possible for Crea to be re-released into the wild as she would be unlikely to survive alone in her natural habitat without her mother. Francisco explains that it would unfortunately cause an irreversible shock for the cub.

Crea is, according to the fond Falconer, wonderfully behaved and can be tamed, having lived with him much like a pet dog. He stresses that it would be lovely to find her a new home, but alternatively she could stay and hunt with him at the airport, and be an example as to why nature should, and must, be respected.

For now, it seems Malaga has found a new Mascot in the cute and clever eyes of Crea.