Drug use is on the rise 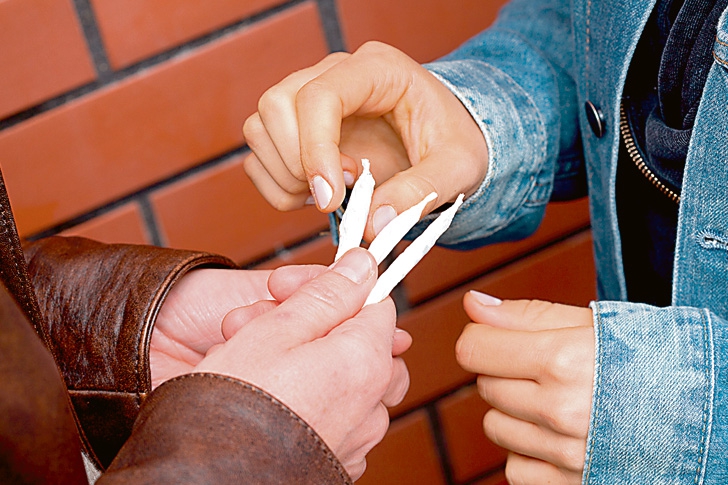 MALLORCA: We do have an issue with drugs.

Mallorca, as beautiful and friendly as it is, is not perfect. It’s got its fair share of issues, just like everywhere has. I mean, we’re not on the Midsomer Murders scale where every week there’s a suspicious death, but we do have an issue with drugs.

Let’s get this straight out there from the get go, I’m not anti or pro marihuana, I couldn’t care less if you grow the stuff then smoke in your back garden or your house. But I wonder if you know about the potential health risks for yourself or your children.

Around 20 per cent of all Spanish teenagers by the age of 15 have smoked cannabis. A news report came out this week warning of this rise in the use of cannabis in Spanish teenagers and young people, and how much damage it can do their long-term health. Scientists at the US National Institute on Drug Abuse (NIDA) have warned of the risks to mental health and cognitive skills in adolescents, which have been outlined in research that has been published.

There is a link between neuro-psychological damage from cannabis and starting to smoke the drug at an early age. Cannabis alters the structure and connectivity of an underdeveloped central nervous system, which can lead to loss of memory and concentration. It can also affect the reflexes and trigger Amotivational Syndrome which leads to apathy and lack of interest in the world. It can also mean the person smoking it is at risk of experiencing psychotic episodes.

Raise the subject though and you’re immediately warned to not stick your head above the parapet and make a noise. Challenge someone and they will claim it’s much better for them than tobacco. But why smoke anything at all would be my reply. My husband thinks it’s because they’re bored, maybe it’s to do with escaping, or just to get the high. There are much healthier ways to achieve a high, exercise or the feeling of achievement are just two.

The Spanish EDEX Foundation (www.edex.es) has produced a guide called Drugs: Know More / Risk Less, which offers tools to parents to improve their communication with their children. (You can also check www.talktofrank.com for an English version).

They recommend you look out for mood swings, short-term memory problems, changes in eating or sleeping habits or a sudden drop in academic performance. I know, it all sounds a bit like your everyday teenager, but keep them peeled and don’t go mad if you find they have been smoking.

Remembering my own adolescence what a stroppy madam I was back then, I know that being heavy handed or trying to force a person to change doesn’t work. What does work is giving the person the facts and letting them make their own mind up, and giving them alternatives.