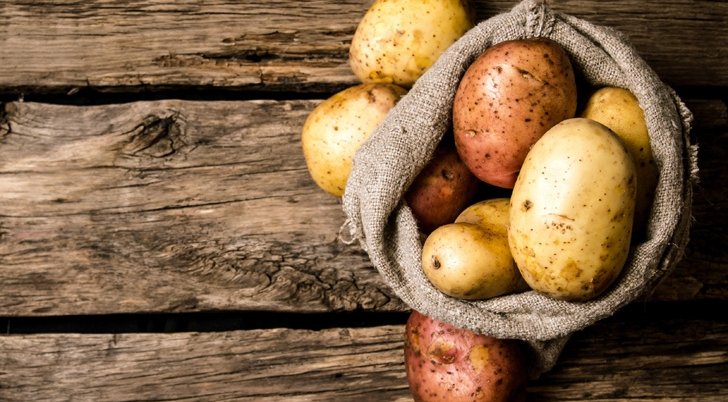 THE humble spud has so far managed to fly under the radar of the media’s food and drink inquisition, which veers wildly between accusing bacon butties of murder and scolding eggs for their cholesterol content. Well no longer.

With bangers already out of favour for their crimes against health, a study reported in the British Medical Journal has suggested that devouring extra servings of mash might cause high blood pressure.

“We found independent prospective associations of higher intake of baked, boiled or mashed potatoes and french fries with an increased risk of hypertension,” said the researchers, adding that women were at particular risk.

Hypertension, or high blood pressure, depending on the company you keep, is considered a key cause of heart attacks and strokes, which kill hundreds of thousands of Brits each year, significantly more than Graham Norton’s screech.

The trouble with these studies is that the science behind them is expressed in a laughably unscientific manner in the ensuing reportage. Higher intake of spuds, means increased risk of hypertension, which can lead to cardiovascular disease.

Therefore the potato is a dangerous killer and should be smothered in butter and burned alive to protect the children.

Based on examinations of more than 180,000 American men and women, a nation that pioneered the concept of mobility scooters in supermarkets, the data considered “numerous other predictors of risk of hypertension, including dietary factors such as wholegrain intake and whole fruit and vegetable intake,” before coming to its conclusion.

What they didn’t do was the obvious. Investigate and analyse the lifestyles and true dietary habits of the participants, more rigorously than asking them to tick a box indicating how many slices of brown bread they butter up each day.

Even president Obama had a great granny in Ireland who lived to the ripe old age of 102 on a steady diet of potatoes and salt, and there’s undoubtedly a correlation between the greater circumstances of someone’s life and their diet. People who eat potatoes every day are more likely to do so out of convenience and necessity, rather than simple self-indulgence.

A generalisation to be sure, but the report fails to consider wealth discrepancies which certainly impact the quality of food people eat. There’s a massive difference between sticking mouldy oven chips in the microwave for two minutes, and gently steaming some organic baby potatoes whilst tending to the roast.

The results were based on the difference between participants who ate more than four servings of potatoes a week, and those who enjoyed no more than one serving a month.

“These findings have potentially important public health ramifications, as they do not support a potential benefit from the inclusion of potatoes as vegetables in government food programmes, but instead support a harmful effect that is consistent with adverse effects of high carbohydrate intakes seen in controlled feeding studies,” opined the Harvard linked authors.

However, a scientist at the British Nutrition Centre was quick to reply: “Why there is a difference in findings for chips and crisps, and whether any link is related to ingredients [such as fat and salt] added to potatoes rather than the potatoes themselves?” asked Helena Gibson-Moore, noting that spuds are flush with fibre and vitamin C.

At the end of the day food fearmongering has become an industry in itself, with newspapers and websites almost guaranteed hits when it comes to the sensitive matter of health. A lot of people are making a lot of money from spinning the simple advice to eat fresh produce into a matter of life and death that can conveniently produce a new mortal enemy on your plate with every scientific report.