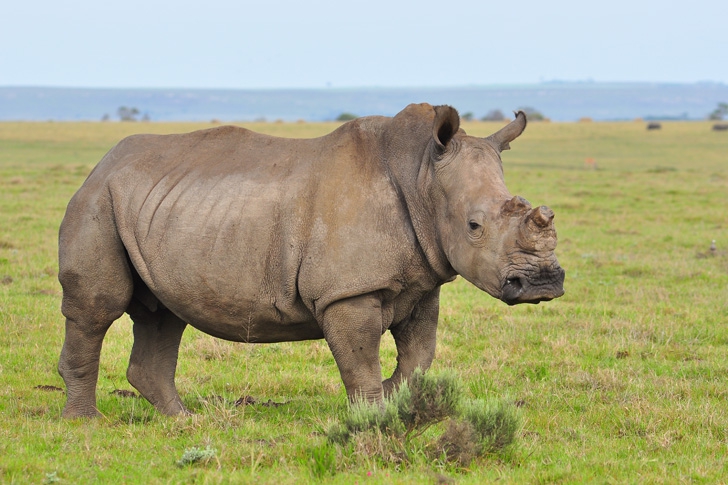 A white rhino after its horns have been removed; not a dignified look.

SOUTH AFRICA’S Supreme Court of Appeal has overruled its own government to uphold a lawsuit brought by two businessmen to nullify a seven-year ban on domestic trade of the animal’s horns.

The controversial ruling means that horns can now be bought and sold within the country, subject to official accreditation, although international trade, which has been banned since 1977 in the 182 member countries of the Convention on International Trade in Endangered Species of Fauna and Flora (CITES), remains illegal.

Safari operator Johan Kruger and John Hume, a rhino breeder based in Mpumalanga Province who owns more than 100 of the majestic animals, managed to invalidate the embargo in November 2015 after a hearing in the Pretoria High Court, with the latter arguing that he had a stockpile of four to five tonnes of horns, although the moratorium remained in place pending a government appeal.

This was later submitted by the Environmental Affairs Ministry, but it was repealed by the court, who agreed with Mr Hume’s claim that as the world’s most important rhino rancher, he should have been consulted before the restrictions were put in place.

South Africa is home to the world’s largest remaining population of rhinos, including most of the planet’s 20,000 white rhinos, and domestic trade was legal until 2009, when the government established the moratorium in response to increased poaching.

Rhino ranchers raise the animals like domestic cows, and periodically remove their horns, which regenerate if cut above the root since they are formed from keratin, the same protein found in human fingernails and hair.

The process is somewhat gruesome, with the horn literally sawed off once an individual has been anaesthetised.

Even staunch opponents of the domestic ban concede that there is virtually no domestic market for rhino horn in South Africa, and the unfortunate reality is that the ban being lifted is likely to foment smuggling rackets, with China and Vietnam the predominant target markets.

In those countries, rhino horn is prized for its alleged curative powers, although to date there is no scientific proof that it offers any particular benefits.