Big guns wheeled out on either side of Brexit debate 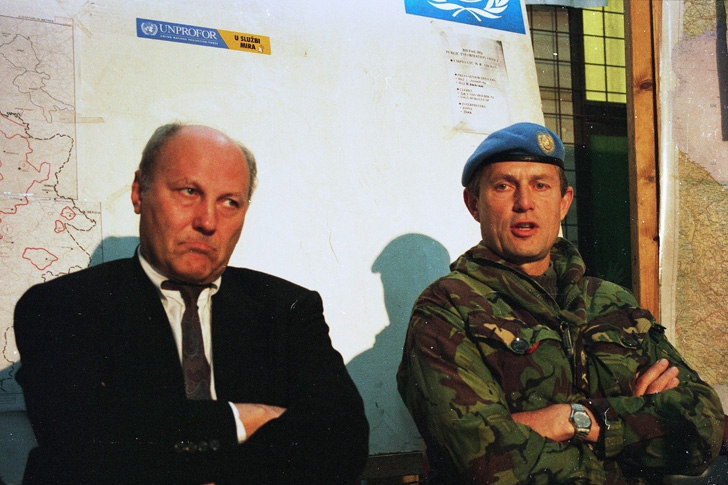 IT may be surprising to learn that there are more than 300 British historians considered prominent enough to indulge themselves in signing a letter addressed to the greater public.

Yet it transpires that there are, and that they are tremendously concerned about the prospect of Britain isolating itself from the EU project.

“As historians of Britain and of Europe, we believe that Britain has had in the past, and will have in the future, an irreplaceable role to play in Europe,” they wrote.

Among the 300, as they will doubtlessly be immortalised in ballad in centuries to come, are Simon Schama, perhaps television’s most pervasive populariser of history; and Neil Ferguson, the Scotsman who sought fame in America and has a fetish for unions, having described his native nation as ‘northern Britain’ in the run-up to the Scottish independence referendum.

“On 23 June, we face a choice: to cast ourselves adrift, condemning ourselves to irrelevance and Europe to division and weakness; or to reaffirm our commitment to the EU and stiffen the cohesion of our continent in a dangerous world,” the authors argued, with other signatories including Prof Sir Ian Kershaw, an esteemed expert on 20th century Germany.

The Remain campaign is attempting to shed its image problem of being perceived to lack passion by invoking more positive reasons for staying in the union, but can’t seem to shake the trail of doom and disaster it leaves in its wake.

Even the cumulative knowledge of hundreds of anonymous historians, who achieved their self-judged acclaim by staying at university longer than usual, does little other than reiterate the claim that a Brexit threatens European security.

Unfortunately that argument is unlikely to hold much water with a general public who have become attuned to the government’s role in whipping up fear, whether over Iraq, Scottish independence, or hurting the feelings of big business.

The seeds of continental implosion have already been sown, with the referendum a symptom rather than a cause, and a Brexit likely only to hasten a very necessary purging process.

Meanwhile the ‘Brexiteers’ now boast the support of a group of former senior military officers who have joined the grandly titled Veterans for Britain campaign, which advocates a NATO-focussed approach to security.

Major General Julian Thompson, a veteran of the Falklands war, and former SAS boss Sir Michael Rose, command the most gravity among the military dissenters from official government policy.

“Either Great Britain will remain in the EU, dominated by people who we do not elect, who we cannot throw out and who dictate many of the laws which govern us, or we will take back control and return to what we were: an independent country in which our parliament is elected by us, and answerable to us as the lawmaker,” said Thompson, showing remarkable ignorance of the role of corporatism and globalisation in determining British laws for a man of his stature.

Sir Michael Rose meanwhile has come out fighting after receiving an official apology from No. 10 for his mistaken inclusion in a heavily promoted list of military figures opposed to Brexit.

“I believe that the UK’s contribution to European defence can manifestly be better made solely through Nato than by trying to spread our limited resources too thinly, in order to include European defence and security policy initiatives into the UK’s defence programme,” he said.