Obama will be first US President to visit Hiroshima 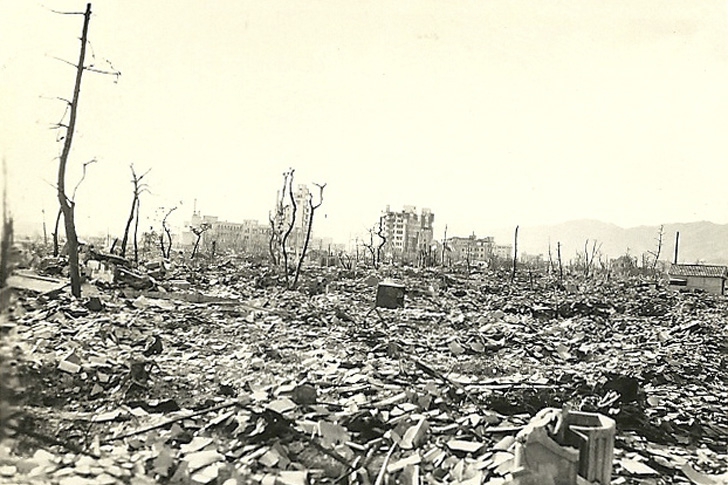 Hiroshima after the atomic blast in 1945.

ON 27 May President of the USA Barack Obama, currently in Japan as part of the G7 summit that the country is hosting, is expected to visit a memorial ceremony in the infamous Japanese town of Hiroshima.

It is speculated that he will lay flowers at the memorial dedicated to the victims of the atomic bomb that destroyed the town in 1945 during the course of World War Two.

August 1945 saw the US government drop two atomic bombs on Japanese cities Hiroshima and Nagasaki, as a result of which Japan, who was fighting on the side of the axis, capitulated. The atomic bomb caused widespread destruction, literally wiping structures and whole human beings off the face of the earth. An estimated 210,000 people were killed as a result of the blasts; many died long painful deaths after, from exposure to nuclear chemicals.

Obama will be the first US president to visit the city and it has been reported that he will say a small speech and then have a brief audience with four Japanese survivors of the nuclear blast.

It has been reported previously that Obama does not intend to apologise to Japan or its people for the devastating destruction caused by US bombardment.

This is perhaps unsurprising, considering that Japanese Prime Minister, Shinzo Abe, does not plan on apologising to the US either. Japan’s own bombardment of the American military port Pearl Harbour in Hawaii in December 1941, killed 2,000 US servicemen and civilians.

The event drew the US into the war; the atomic bombs dropped by the States four years later were intended as final retaliation for the surprise attack.

The Japanese Prime Minister did not visit the port on his official trip to the US in 2015.

Varying opinions have been expressed about the two connected events. Some have speculated that intentionally killing hundreds of thousands of civilians was disproportionate to avenging the death of 2,000 dedicated military personnel; others believe that the atomic bombardment by the US was justified, as the former attack was pre-emptive, whilst the latter bombardment was retaliatory.