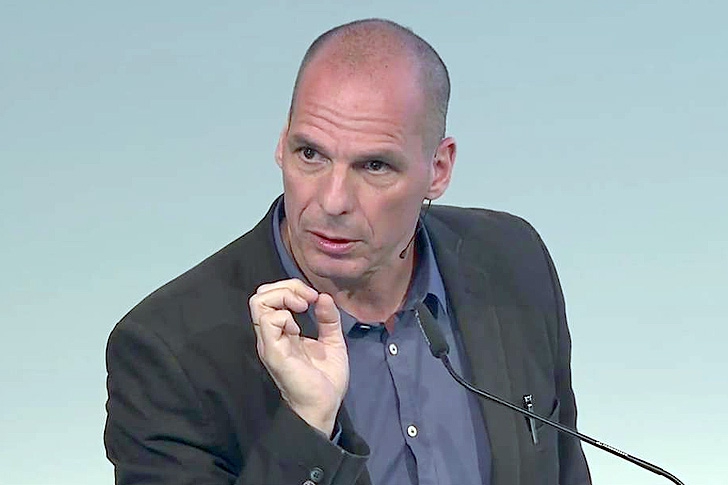 Economist Yanis Varoufakis was the Greek Minister of Finance for 160 days.

YANIS Varoufakis, the former Greek Minister of Finance, who only occupied the post for a controversial six months, has spoken words of admiration for Maggie Thatcher, former British Prime Minister.

The economics professor referred particularly to Mrs Thatcher’s ideas about the EU and stated that she was ‘completely and utterly’ right to keep Britain out of the eurozone.

Varoufakis, who lived in England in the 1970s and 1980s, admired Thatcher, despite allegedly joining many protests and demonstrations against her government.

“It was very nuanced and sophisticated. She said that whoever controls interest rates in Europe control the politics of Europe and that money cannot be de-politicised.”

“And the idea that we can be outside the realm of politics, a democratic business managing Europe’s money is the first step towards very unsavoury burdens and she was completely and utterly right,” said Varoufakis.

The former finance minister has, however, warned of the potential hazards such as the collapse of the Euro project and a continent wide depression should Britain leave the EU.

He opined that “Britain can’t leave the EU. You can vote to leave the EU but you won’t leave the EU. What will happen is you will still be ruled by the EU regarding standards and most of your legislation is going to be determined by Brussels and simply not being there, you don’t have a say or an appeal.”

Varoufakis also pointed out that whether or not Britain leaves the EU, the great economic depression potentially caused by the Brexit will engulf the UK nonetheless, and that Britain is a necessary and significant ally for the rest of Europe.

When questioned about the time Varoufakis lived in Britain, the professor remarked, “It made me who I am. You know what England is like. You appreciate it enormously and you have to moan about it every day.”

Is this perhaps, a subconscious echo of all our sentiments about the EU? We may complain about it, but would we miss it should we leave?