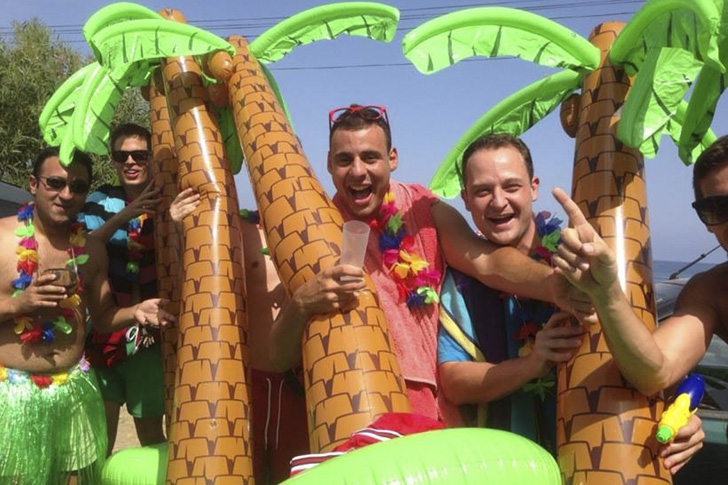 Party: Some fancy-dress costumes are banned.

THE controversial ‘bikini by-law’ was passed this week in a Mojacar plenary meeting.

The ‘coexistence and citizenship’ law, initially announced in November 2015, prohibits, amongst other things, the wearing of swimwear in the street and wearing fancy-dress costumes in a style which may cause “sexual, religious or racist offence”.

Included in the ban is walking along the street carrying blow-up dolls, or phallic objects, such as those favoured by stag and hen parties.

Flouting the by-law could result in fines of up to €1,000, if the offense occurs in busy areas or where children are present.

Carlos Rodriguez of opposition group, Somos Mojacar, opposed the law saying it “went against the spirit of the town”, adding that the council should concentrate more on preventing vandalism and similar inappropriate behaviour.

Mojacar socialist (PSOE) leader, Manuel Zamora, called the by-law absurd, saying it would have a negative impact on tourism.

Zamora said that news of someone being fined in Mojacar for wearing a bikini would “spread like wildfire” via the press and would discourage people from holidaying in the resort.

Opposition groups also questioned how the law would be implemented, adding that it was somewhat ambiguous and open to interpretation.

Mojacar mayor, Rosa Maria Cano said the law did not prohibit fun or celebrations but was aimed at promoting family tourism and preventing the town becoming the “new Magaluf”.

Concerns were raised by opposition groups about how visitors would know about the new laws. Cano confirmed that an informative campaign would take place with the cooperation of hoteliers and rental agencies.

The law also targets playing ball games, skateboarding in the streets and gives the local police the right to confiscate items used irresponsibly.

Somos Mojacar’s Jessica Simpson suggested more play areas be introduced for young people, avoiding the need for them to play in the street.

The Partido Popular (PP) councillors voted unanimously in favour of the new law, along with opposition group Union Mojaquera. Councillors from PSOE and Somos Mojacar voted against.