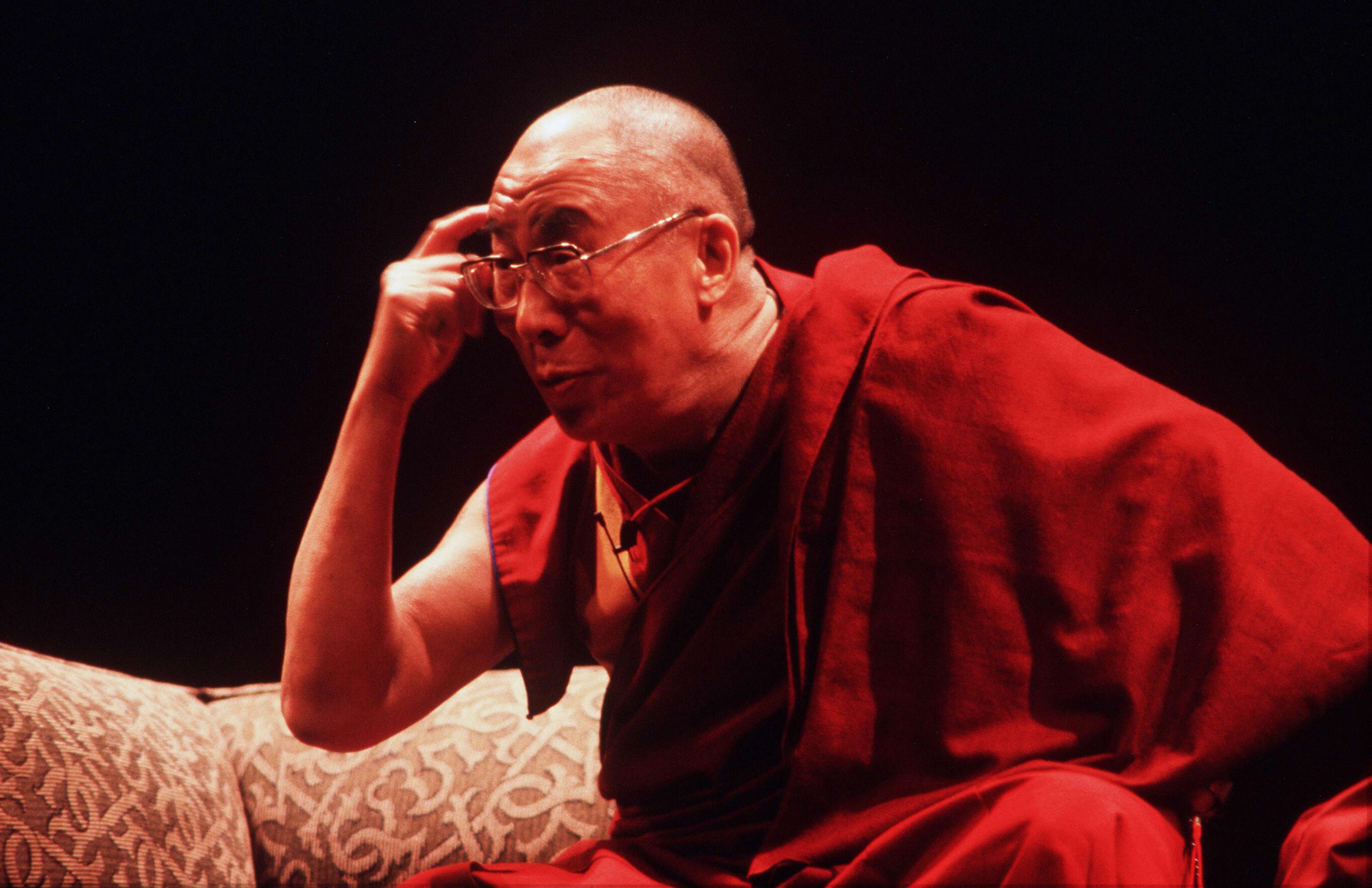 A BREXIT campaign group, funded by a rich insurance executive who used his political contacts to keep his Russian trophy wife in Britain, has been scolded by the Dalai Lama.

Leave.EU, one of the many Judean People’s Fronts harassing voters with hackneyed soundbites and UKIP propaganda, tweeted a recent quote from the Buddhist spiritual leader on the migration crisis affecting Europe.

“The goal should be that the migrants return and help rebuild their countries” said the exiled religious chief on the millions of fleeing Syrians.

The Leave.EU website juxtaposed an image of the Dalai Lama, highlighting his words and adding: “The Dalai Lama favours a more balanced approach to migration. Let’s reclaim democratic control on June 23rd”

Representatives of the 80-year-old Tibetan, exiled from his homeland since childhood, criticised the move and expressed doubt that the sly holy-man would support Britain’s departure given his support of global unity.

“We are not aware of any campaign using His Holiness’ image in regard to the issue of the UK leaving the European Union and would certainly not have given permission,” said Tenzin Taklha, secretary to the Dalai Lama.

“He has always mentioned highly of how EU has come together for the benefit of the people of Europe,” added former European representative ThubtenSamdup.

“He felt it made lot of sense and encouraged others to do the same in this rapidly changing and inter-connected world.”

As in common in Buddhist scripture, quote and deed, however, there’s usually a little wiggle room and it’s deliberately difficult to pin down any concrete meaning, other than a wider adherence to peace and harmony.

The Dalai Lama was interviewed by a German newspaper earlier this week and offered a typically balanced Buddhist response to the countries immigration dilemma.

“When we look into the face of every single refugee, especially the children and women, we can feel their suffering,” he said “A human being who is a bit more fortunate has the duty to help them. On the other hand, there are too many now.”

“For example, Germany cannot become an Arab country. Germany is Germany. There are so many that in practice it becomes difficult.

“From a moral point of view too, I think that the refugees should only be admitted temporarily. The goal should be that they return and help rebuild their countries.”

It’s easy to see why the lackeys at Leave.EU, desperate for any morsel of publicity, would seize upon the statement as somehow supportive of Brexit but equally as clear to appreciate why the Holy Entourage would want to distance themselves from the campaign.

The group is funded by ex Tory donor Arron Banks who owns diamond mines in Africa, an industry notorious for exploiting slave labour and destroying the environment. A man who has set up 37 companies using variations of his name, who has been accused of tax avoidance in the UK, and heavily implicated in the Panama Papers financial scandal.