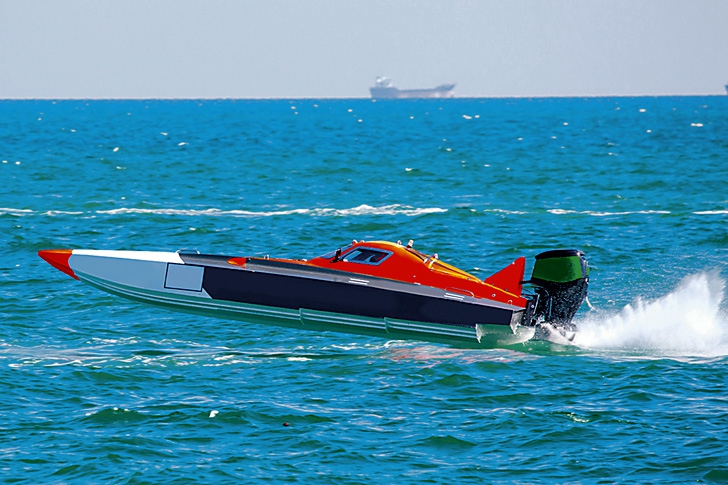 POWERBOAT RACE: Has been cancelled at short notice due to lack of funds.

THE round Ireland powerboat race which was due to start on June 12 was cancelled at very short notice due to lack of funds.

Had it proceeded, the race would have seen up to 25 teams setting off from Cork and travelling 1,000 nautical miles around the coast of Ireland finishing in Dublin seven days later.

This is not the first time that the cup has faced problems, as in 2014 it was unable to undertake the race from London to Monte Carlo due to a lack of approval from the Royal Yachting Association and then in 2015 it was moved to Ireland in order to obtain financial backing.

It was thought that the financial problems had been resolved with a number of anticipated backers and sponsors and the late addition of Cougar Powerboats to the race, boasting former world champions Steve Curtis and Richard Carr.

In the event however, there was simply insufficient cash to allow the Venture Cup to continue and the following announcement was made by the organisers:

“It is with enormous regret that we must advise you that the Venture Cup 2016 has been cancelled. Delivering an event of this scale was always going to present challenges, but we felt we had the team and support to make it happen.

“However, we began suffering acute cash-flow problems at the end of March. Regardless of the funding commitment to the overall event, without positive cash-flow we were being strangled. Right across the month and into May we actively sought to source solutions.

“Only a week ago we had a potential answer on the table, which not only resolved the issue, but secured the event into the future. Unfortunately this and other avenues have failed to materialise and we have reached a point where we can no longer proceed in good faith.

“We would like to both thank – and apologise – to the teams, stakeholders, authorities, communities and individuals who have put so much faith into this plan over the past year.


“We can assure you that we left no stone unturned in our attempts to resolve this issue, but we must now act prudently and that means cancelling the event when we are unable to guarantee that we can continue to operate.

“For those teams who have paid their entry-fees, these are currently in the process of being returned.”