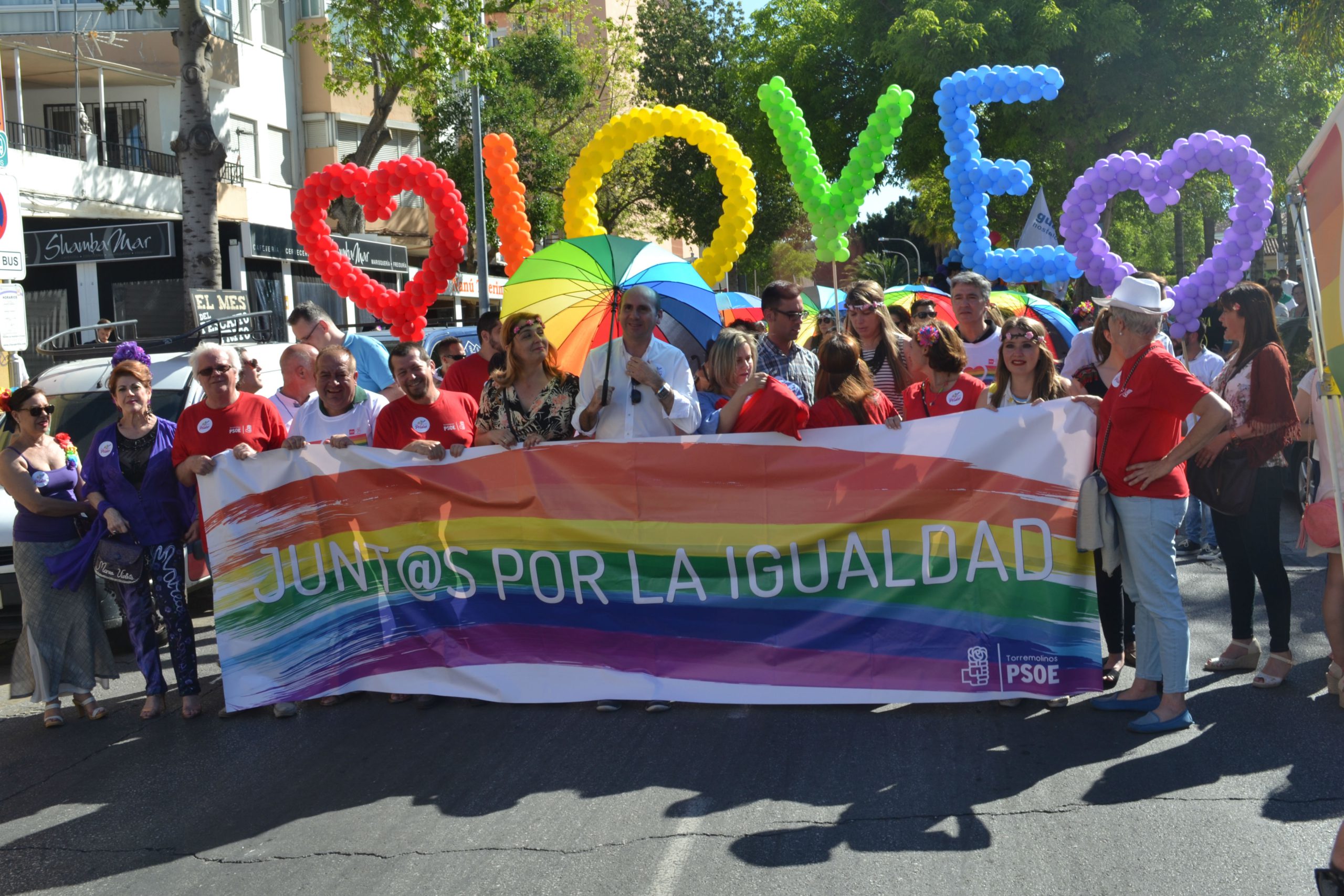 “IF you can’t love yourself, how in the hell you gonna love somebody else?”

FOR many members of the LGBT community, learning to love oneself is not something that happens overnight. In many cases it is a battle that takes years, and the sad truth is that some never manage to get there at all.

But it is a war that needs to be fought, and all around the world people of all ages and backgrounds continue out there on the frontlines, with Gay Pride events like the one currently making its way through Torremolinos from June 2 to June 5 being the crown jewel in the ongoing fight for tolerance, acceptance, and equality. One part celebration, one part battle cry, and a generous helping of love, these Pride events serve as a beacon of hope and optimism for all the world to behold: their exuberant rainbow colours, swirling glitter and unapologetic flamboyance representing a much-needed reminder that in the end, light always conquers darkness.

It would be foolhardy, even ignorant, to suggest that progress has not been made over the years in regards to gay rights. All around the world a revolution is taking place. Like totalitarian regimes toppling, so too are hatred and prejudice beginning to erode as people unite in a common plea for equality. As it is always wont to do, the power of love remains too strong in the end, while hatred has no choice but to retreat and wither in the corner like a worthless, shrivelled-up old mass.

But at the same time, it would be equally foolish to say that the battle is over. In many parts of the world, it has barely even begun. Still in 2016, homosexuality is in some countries an offence punishable by prison, or even death. In recent years, hundreds, perhaps thousands of gay teenagers and youths have taken their lives as a result of the shame, confusion, and self-loathing that they feel inside of themselves. Violence towards gays, lesbians, and the transgendered still runs rampant in many corners of the globe, and marriage, a basic and fundamental freedom that should be available to all consenting adults, is consistently denied to homosexuals, even in many ‘progressive’, ‘first world’ countries under the cowardly guise of maintaining the status quo and preserving the sacred unity of the bond between a man and a woman.

Gay Pride obliterates all of these doubts in one fell swoop. Like a meteor shower bursting through a vast and imposing sky, it descends upon a place and lets all of those people who might have experienced this doubt know: ‘You are not alone.’ For a brief few days, everything that for so many has so often been a source of shame, of embarrassment, of confusion, suddenly becomes a cause for celebration. A cause for pride.

Gay Pride events are often criticised for being too over-the-top, too tacky, too vulgar, but Gay Pride by its very nature needs to be this way, because it offers all people, regardless of background, age, ethnicity, or sexual orientation, a chance to transform themselves into the most heroic versions of themselves that they can conjure up in their minds. And so it needs to be loud. It needs to be outrageous, and shocking. For this is the only way to ensure that it serves as a wake up call: to make sure that every close-minded, ignorant, and bigoted person across the world gets the message loud and clear: ‘We’re here, we’re queer. Get used to it.’ Because we are not going away.

On Saturday (June 4) Gay Pride 2016 reached a fever pitch in Torremolinos as a massive, life-affirming parade rumbled its way through the town with the truest joie-de-vivre, exuberance, and happiness that accompanies pride in its purest form.

Shortly before 6pm, excited throngs of people began to accumulate just outside the town hall to rev themselves up for the event.  In an ironic touch, the plaza just across the street is named after Federico Garcia Lorca, the homosexual Spanish poet and playwight who was executed by Nationalist forces at the beginning of the Spanish Civil War, with many theorising that his sexual orientation played some role in his death.

Eventually the parade took off and began to wind its way through the town, as drumbeats, dancing and cheers filled the streets with giddy vigor. Prejudice and hatred began to feel like some imaginary beast from a children’s bedtime story. A distant memory of a lingering bad dream.

After several hours, the parade reached its planned destination, as thousands of people flooded into the Plaza de la Nogalera, and from one end to the other, the space teemed with colour, music and excitement. Council members and representatives from different LGBT organisations took to the stage to share some words of encouragement and protest. Following that, musical act after musical act took to the stage, with such performers as Marta Sanchez, Roser, Innocence, and Betty Missiego bringing the raucous and appreciative crowd to its feet. Arms waved, bodies grooved and thousands of spectators danced and sang the night away as the positive, uplifting energy seared its way through Torremolinos until the early hours of the morning: another bud of hope planted for the future. Another ray of light tearing its way through the darkness.

And so, for all of those asking if Gay Pride is necessary, if events such as these are needed anymore, in a free society like Spain where so much progress has been made and so much prejudice has been eroded. The answer is yes. And the answer will continue to be yes.