The story behind the face 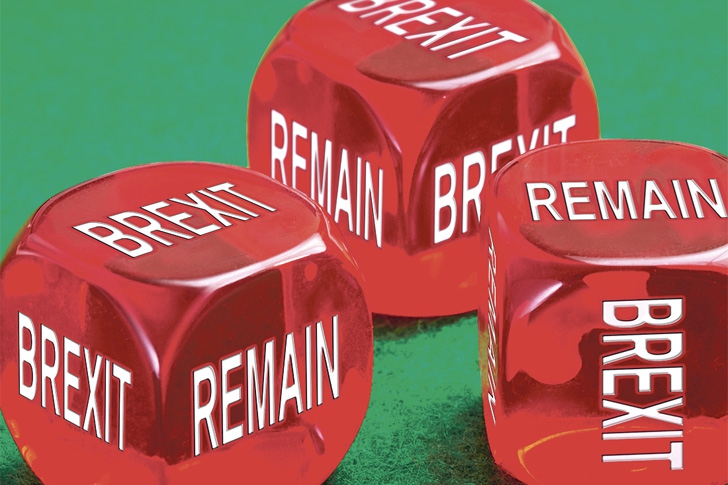 REFERENDUM: I fear that people may vote without understanding.

IN response to one of my page 3 articles, three readers wrote in to complain about the position I had taken and accused me of a number of things which were based on supposition rather than fact so this week, I will be more than happy to give some of my background and that of my family in order to balance the picture.

Naturally we are very happy to receive comments from any of our readers but it is interesting how the Brexit situation has really encouraged those who are in favour to be most vociferous in their comments and perhaps a little unkind in dismissing opposing opinion.

My grandfather was one of the officers in Queen Victoria’s Diamond Jubilee Parade and went on to train Australian troops and then fight at Gallipoli where he was mentioned in dispatches. My father served in China prior to the Second World War, returned to the UK as an officer in the Home Guard as he was in a reserved occupation and was then sent to Tehran in the late 1940s.

I married a Gibraltarian girl in 1978 and lived in the UK until 18 months ago, when at the age of 62 we moved to our holiday home in Spain because of health reasons, and so that my wife could be near to her now 93-year-old mother who still lives an active life in Gibraltar, with many family members around her.

Having spent more than 40 years working in the UK initially as a Crown Servant and more recently dealing with a large number of foreign governments at up to Premier level as well as many of the Overseas Territories I was in regular contact with both the FCO, for whom I wrote certain draft papers and with the Palace as well.

I try to be balanced in what I write although sometimes I may appear a little frivolous, but am in favour of remaining within the Union and do fear that people will cast their votes without understanding the situation. I don’t pretend that I am a journalist but am delighted to be a writer for a first class company which is very fair in allowing all opinions to appear in what are after all, six free newspapers greatly enjoyed by a huge number of expatriates.

There are genuinely plenty of kind reviews of my work but I have quite fairly chosen to publish those that attack me and my opinions and that really sums up the Euro Weekly News.

My comment on the British having more knowledge of voting for Britain’s Got Talent was meant to be tongue in cheek and more than a few people have told me they thought it funny, but the frightening thing is that as only 35.6 per cent of the British electorate turned out for the last European elections, it might just be true!