The grey man strikes: ‘NHS as safe as a pet hamster with a hungry python’ 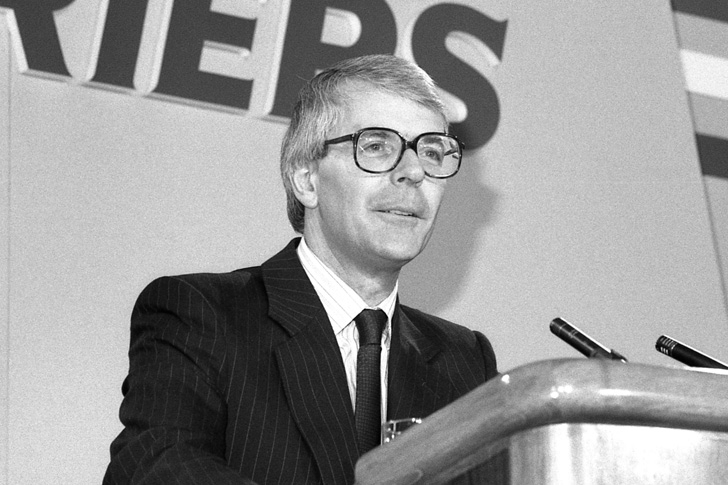 SIR John Major has launched a furious assault on the troublesome Brexit trio of Boris Johnson, Michael Gove and Ian Duncan Smith, arguing that the NHS would be ravaged and sold for scrap if they had their way with it, freed from the manacles of the EU.

“The NHS is about as safe with them as a pet hamster would be with a hungry python,” Major said on BBC1’s The Andrew Marr Show, in a fiery critique of the Vote Leave campaign.

A former conservative prime minister, Major has been relatively obscured until now, having retired quietly from the limelight to write memoirs and become a prolific after-dinner speaker, as is traditional among politicians tossed out of office.

He does, however, command a residual vestige of respect, having proven himself an honest man, even while implementing spectacularly disastrous policies, and his cutting remarks towards the Brexit contingent throw more salt on the Tories self-inflicted wound.

Major was especially critical of Johnson and Co’s claim that they would channel £100 million a week, saved from the clutches of the EU, towards the NHS, pointing out that each of them is on record as favouring privatising Britain’s public health institution, charging people for services, and moving towards a neoliberal American-style system.

He also railed against the Leave campaign’s figures on how much EU membership costs Britain, describing them as “fundamentally dishonest”.

“I am angry at the way the British people are being misled, this is much more important than a general election, this is going to affect people, their livelihoods, their future, for a very long time to come and if they are given honest, straightforward facts and they decide to leave, then that is the decision the British people take.

It was a remarkable statement from a man known for his genial manner and flair for the mundane, and not only due to the Freudian slip that general elections essentially don’t affect people.

Describing Boris Johnson as a “court jester” the grey man had sage advice for his straw-haired nemesis warning him that his leadership ambitions will ultimately be undone by his disloyalty and divisive campaign against Downing Street.

In one last damning indictment before the ex PM was whisked off centre stage and back to watching cricket and plotting with the Carlyle Group, Major said that the Leave campaign’s rabid focus on immigration was “verging on the squalid”, likely in reference to deluded claims that 70 million Turks and the entire Albanian bloodline is set to swarm across the Channel Sea to carve out council caliphates and use pensioner’s cheques as kebab kindling.

Major major’s intervention comes on the same day that the prime minister likened Brexit to “putting a bomb under our economy”, while polls indicated that those in favour of leaving now enjoy a fragile lead over the ‘remainers’, suggesting a melodramatic finale before June 23.