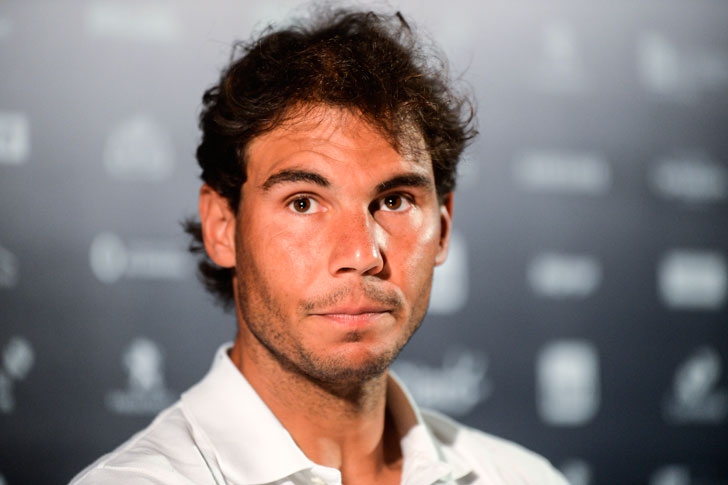 GUTTED: The 14-time grand slam champion has had a run of bad luck with injuries in recent years

SPANISH superstar Rafael Nadal will miss his first Wimbledon tournament since 2009 after he damaged his left wrist during the French Open.

The setback will raise questions over his long-term future, since he had appeared to be recapturing some form until the latest in a long line of injuries that have blighted his career.

Nadal released a statement via his Facebook page, which read: “I’m sad to announce that, after talking to my doctors and receiving the results of my last medical revision, I won’t be able to play at Wimbledon. As you can all imagine it’s a very tough decision but the injury I suffered at Roland Garros needs time to heal. Thank you all for your support, especially my fans. Your kind messages mean so much.”

His earlier injuries have affected his feet, knees and back, but the left wrist is his major weapon and he will now hope to fix the issue, an inflamed tendon sheath, without the need for surgery.

A statement from his agent and friend Benito Pérez-Barbadillo said: “His left wrist will continue to be immobilised for a maximum of two weeks. After that, he will start an anti-inflammatory rehabilitation and physiotherapy…once the cast is removed.”

The Mallorcan clay-court legend, who turned 30 during the French tournament, had already pulled out of next week’s Aegon tournament at Queen’s, and his priority will now be to regain fitness ahead of the Rio Olympics, where he is due to bear the Spanish flag during the opening ceremony.

Although Nadal won Wimbledon twice and finished runner-up on three occasions between 2006 and 2011, he has failed to progress beyond the fourth round in his last four appearances.

The Aegon event suffered a further disappointment as crowd favourite Jo-Wilfried Tsonga also announced his decision to drop out, after failing to recover from a thigh injury that also caused him to quit the French Open, and leaving his participation at the All England Club in doubt.