Having a gay old time 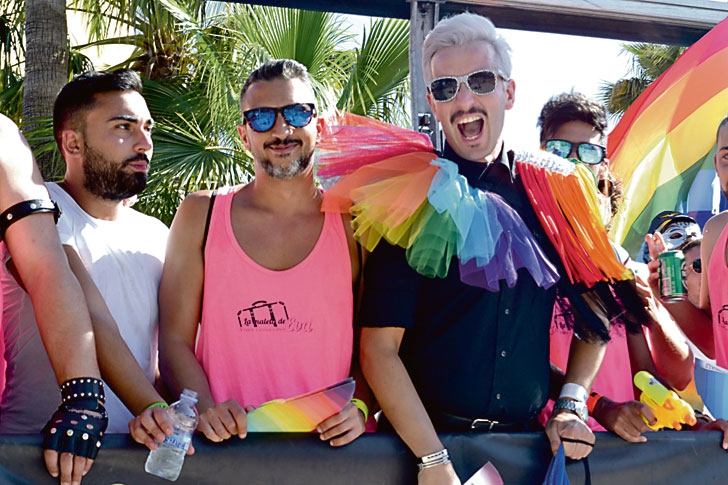 GAY PRIDE: The centrepiece of the weekend was the Gay Pride Parade.

THE Costa del Sol was alive with the sound of music and good vibes as Gay Pride 2016 burned a glittery heart-shaped hole through Torremolinos between June 2 and June 5.

On Thursday (June 2), various members of the council, including Mayor Jose Ortiz, gathered on the balcony of the town hall, where they addressed an eagerly awaiting crowd before unfurling the emblematic rainbow flag of the LGBT community, thus signifying the start of four days of flamboyant, over-the-top fun.

After the low-key ceremony, EWN had the chance to speak to representatives from several LGBT organisations, including the Federacion Andalucia Diversidad and Colega Torremolinos, who pointed out that although Torremolinos is the gay capital of the Costa del Sol, this was in fact only the second ever instalment of the event, as previous councils had issues with what they perceived as some of the more ‘unsavoury’ aspects of gay culture, namely transvestites and drag queens parading their way through the street in broad daylight.

Now with Ortiz at the helm, this all seems to be a distant memory, as was made evident at the ‘pregon’ (opening speech) of the same evening (June 2), which was supplied by the entertainers Bibiana Fernandez and Manuel Bandera. The two of them stated emphatically that although this may only be the second ‘official’ pride celebrations in the town, the spirit of the LGBT community has been alive within Torremolinos for many years, and will only continue to grow stronger as the general acceptance for alternative lifestyles around the world so too continues to flourish: an assertion confirmed by a quick scan of the crowd, which included people of all ages and backgrounds.

The festivities continued over the weekend with a rollicking line-up of concerts and performances by such varied artists as the roller-skating drag queen Kelly Roller, the ethereal and mesmerising Peruvian singer Betty Missiego and Spanish icon and pop superstar Marta Sanchez.

The centerpiece of the whole weekend was the much-anticipated Gay Pride Parade, which departed from the town hall on Saturday (June 4) at 6pm and wound its way over the course of several hours to the Plaza de La Nogalera, where thousands of marchers burst into the square in an exuberant display of glitter, rainbows, and of course, pride in its purest form.

The festivities continued well into Sunday (June 5), as a large crowd gathered in the vicinity of the gay chiringuito (beach bar) Eden on the Playa de Bajondillo, where they soaked up the sun, sipped on cool drinks and danced well into the night.

So, now that another year has come and gone, the only thing left to do is anticipate the next one, which will no doubt be bigger, bolder, and more fabulous than ever.