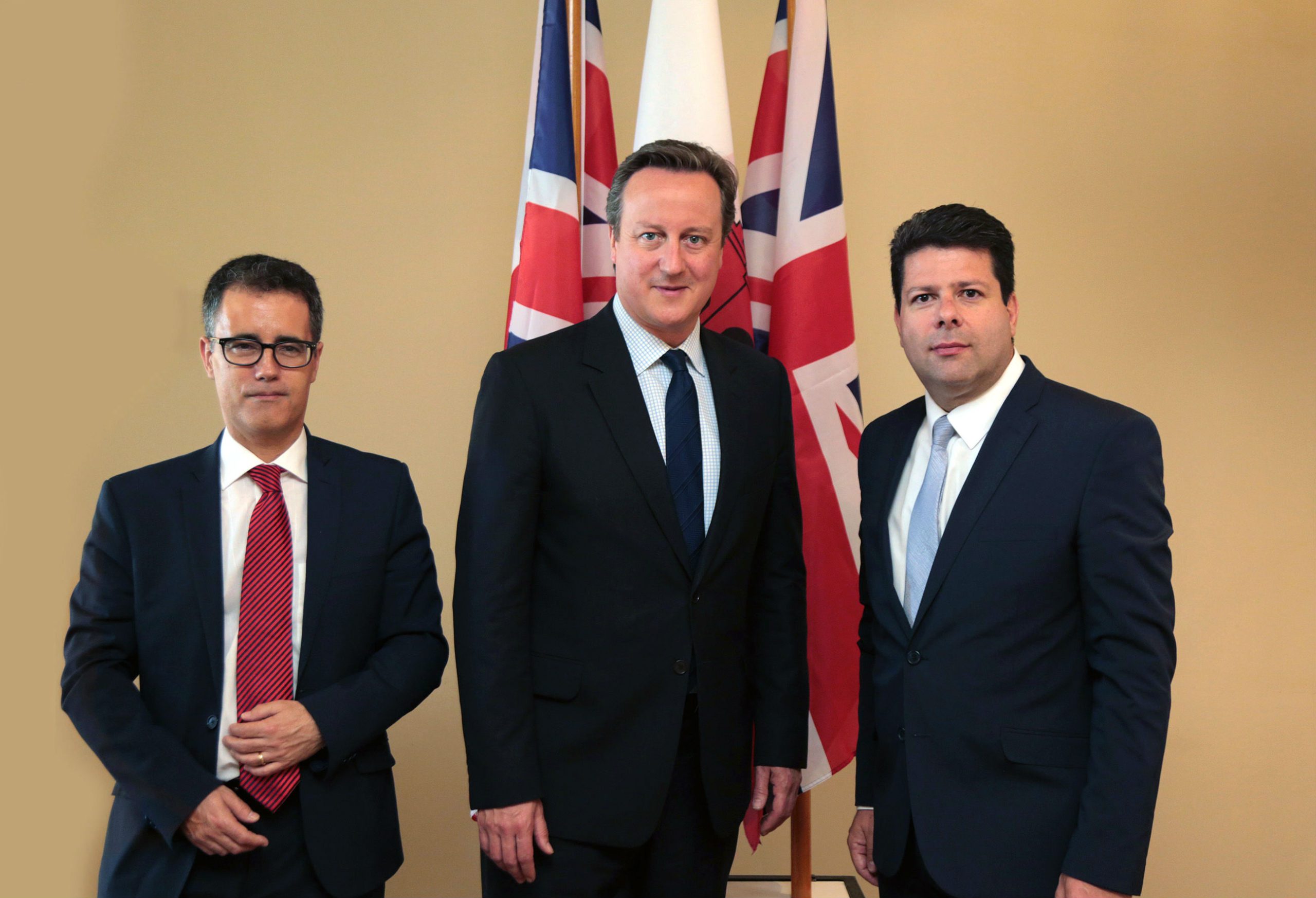 DESPITE the terrible news of the murder of Jo Cox MP, the Chief Minister, the Hon Fabian Picardo, welcomed the Prime Minister, the Rt Hon David Cameron, to Gibraltar on Thursday June 16 for what was in reality a genuine flying visit which lasted just a few hours.

A decision was made to cancel all political campaigning with regards to the Brexit referendum, so Mr. Picardo and Mr. Cameron proceeded directly to the Rock Hotel, where they had been scheduled to meet in private.

The Prime Minister, Chief Minister and Deputy Chief Minister were able to conduct lengthy private meetings, during which they discussed Mr. Cameron’s long history of active support for Gibraltar, the strengthening relationship between the UK and Gibraltar and the ways in which self-determination for Gibraltarians must always be protected.

Given the very difficult and sad situation in which they found themselves, throughout their hour-long meeting the Prime Minister and Chief Minister also took time to closely follow the sad news emerging from the UK.

On behalf of the people of Gibraltar, the Chief Minister expressed his sincere condolences to the Prime Minister at the death of such a young, bright and determined Member of Parliament as the loss of Jo Cox MP is felt as deeply in Gibraltar as in the rest of the United Kingdom.

Mr. Cameron also found time to meet with the leader of the opposition Daniel Feetham as well as local journalists.

The Chief Minister said the following day “It was in extremely difficult circumstances that I met with the Prime Minister yesterday. His visit was a historic one, albeit not a public one. I firmly believe that cancelling the public rally out of respect to Jo Cox and her family was absolutely the right decision. Although we felt it was inappropriate to make a public appearance, I was able to meet with the Prime Minister in private and we engaged in lengthy discussions both as diplomats and also on a personal level.

David Cameron has always been a strong supporter of British Gibraltar and of the Gibraltarians as a people. It is clear to both of us that the relationship between the UK and Gibraltar is stronger, closer and more resolute now than ever before. We share a history, a culture and a steadfast commitment to our democratic values: these are the essential components that make up the British family.

In these turbulent times, I am entirely confident that Gibraltar can count on the unwavering support of the Prime Minister and the UK Parliament, and the Government of Gibraltar will work extremely closely with them to protect British Gibraltar.”