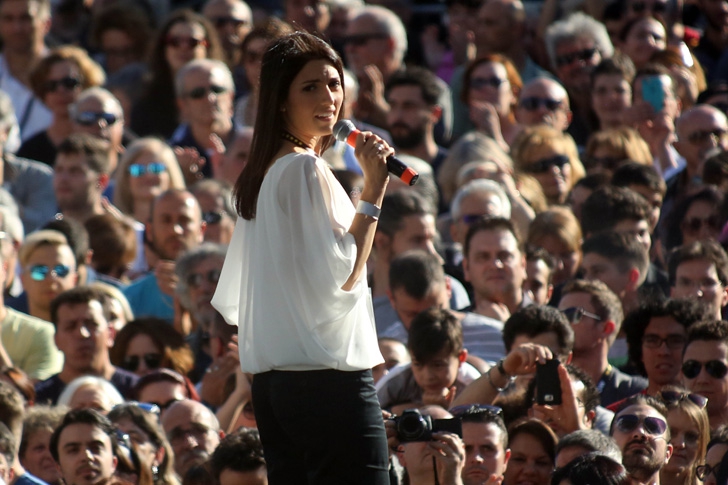 ITALY has joined a growing cast of European countries that have seen voters rebel against establishment politicians and elect insurgent candidates who have pledged to shake up the political landscape.

The populist Five Star Movement (M5S) transformed itself from a novelty party into a political force to be reckoned with almost overnight with the election of two of its candidates to the mayoralties of Rome and Turin.

Virginia Raggi, a 37-year-old lawyer with just three years experience as a councillor, became the first female mayor of Rome on June 20 after securing a solid 67 per cent of the vote in a runoff against the Democratic Party candidate.

Her success had been somewhat anticipated in a city that is rife with corruption and stagnation but M5S’s success in the wealthier northern city of Turin came as a huge shock and is an incredible result for a party founded in 2009 by popular comedian Beppe Grillo as an alternative protest movement.

Chiara Appendino, aged just 31, pulled off the upset in Turin and cemented the more inclusive, female friendly attitude of the new politics in a country long embarrassed by chauvinistic outbursts from the likes of former leader Silvio Berlusconi.

“It has been a long journey and finally our time has arrived. We have the possibility to build a new urban community, but above all we have a duty to heal a city which has been deeply injured,” said Appendino.

Her optimism was echoed by Raggi who said in her victory speech, “It really is a historic result, and we must work every day for the next five years, because it will be tough. We know how Rome is, but the tougher it is, the greater it will be. We will succeed in doing what we have planned to do.”

M5S has a broad platform encompassing more modern ideals of civic responsibility, anti-corruption and environmental sustainability. Considering itself more a movement than a party, the group distances itself from the traditional left-right paradigm and is strongly anti-globalist, critical of western military interventions, and sceptical of the European Union project.

Their name refers to the five key issues on which they will campaign as they continue to penetrate mainstream politics: public water, sustainable transport, sustainable development, the right to internet access, and environmentalism.

Monday’s results will concern the government of centre-left prime minister Matteo Renzi which has fought to drag Italy out of debilitating debt and unemployment through technocratic measures, but which has failed to address key issues of corruption and decline on a local level.

Whether M5S can transform their mayoral success into parliamentary power remains to be seen but they will take heart from the progress made by Podemos in Spain, Syriza in Greece, France’s Front National, Britain’s Brexit movement, and nationalists in Scotland and Catalonia.