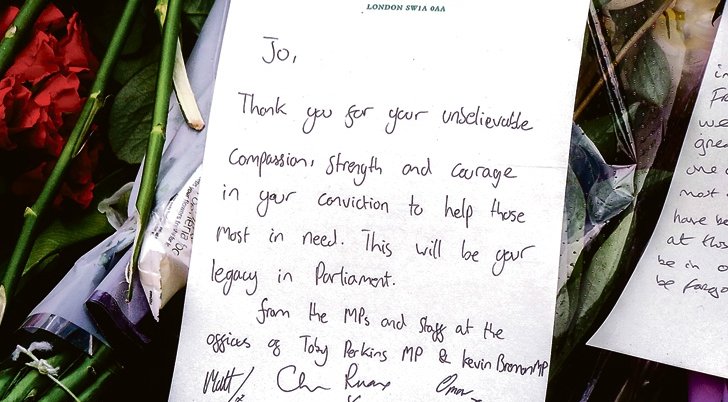 IT’S one thing to throw an egg at John Prescott, it’s another to be so blinded by hatred to shoot and stab your local MP as happened on June 16 to mother of two Jo Cox in her constituency of Batley and Spen in West Yorkshire.

I hope that the alleged killer, identified as 52-year-old local man Thomas Mair is diagnosed as a lunatic, because if he isn’t and he did commit this outrageous murder then it doesn’t say a great deal for humanity if he is classed as ‘normal’ or simply ‘evil’.

Personally, I’ve never been in favour of the death penalty, Too many people have been cleared of murder, years after the event (and can’t be resurrected), and to some extent it brings society down to the same level as the killer.

Having said that however, what’s the point of keeping him imprisoned for the rest of his life when there’s little chance of him being released back into society as a useful and welcome member?

It’s difficult to know what to think but one thing for sure is that despite the waste of this relatively young woman’s life, some good must emerge.

There’s always an outpouring of sympathy when a tragedy like this occurs but are they just crocodile tears with little good coming out of the bad, hopefully not.

This is the first murder of an MP since 1984 when a bomb exploded in the Grand Hotel in Brighton where a number of prominent Tory MPs were staying, killing five people including Sir Anthony Berry MP.

For a short period of time, politicians in all parties, all over the world, united in their disgust at what had happened in their praise for a woman who was well liked, even by her opponents, and all expressed sympathy for her husband and their two young children.

It makes a pleasant change in such vituperative times that both sides of the Brexit argument called a truce and the Conservative party announced that they would not contest the eventual bi-election in her former constituency. Both David Cameron and Jeremy Corbyn buried their differences in order to visit the spot where she died and to leave flowers in her memory.

Hopefully this won’t be one-week news but will encourage politicians to act in a less adversarial way and consider the harm their decisions can unleash on innocent people living thousands of miles away.