‘A nation that can’t behead its Queen is not to trusted’: France bites back with calls to banish the English language 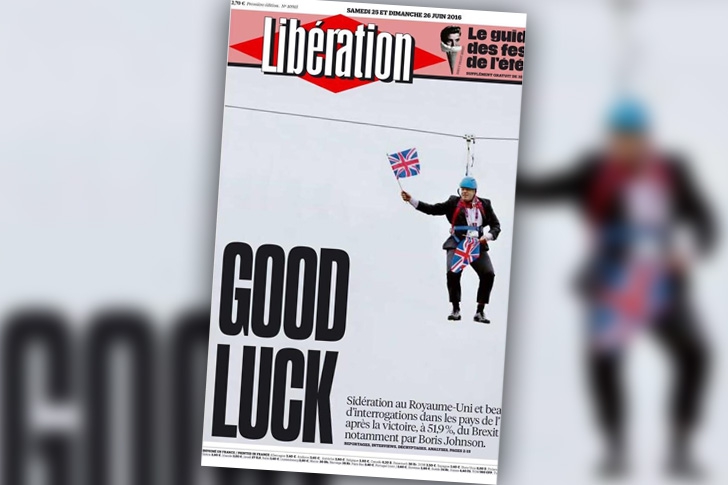 A MAYOR with links to France’s far-right Front National has called for the EU to ditch English as an official language arguing that it has forfeited “any legitimacy” in Brussels in the wake of the Brexit vote.

There are presently 24 official tongues in use throughout the union but only three key ‘working languages which are deployed in the parliament and commission, English, French and German.

With the Republic of Ireland set to become the only EU country where the majority of the population speak English as a first language, Robert Menard, the mayor of Beziers in southern France, has called for its absolute banishment.

That policy is unlikely to find support among the Irish, and Maltese, who consider English an official language, but a proposal from left-wing presidential candidate, Jean-Luc Melenchon, is far likelier to change the tone of European debate.

He would like to see English dropped as a ‘working language’ in a move that would radically transform the nature of communication in Brussels and throughout the union.

English is the most widely spoken second language in the world and is frequently used by non-native speakers to communicate with one another, replacing French as the 21st century’s lingua franca.

It is fitting that a proposal to dislodge English from its hegemonic role would come from France, which performed woefully in a global English language test, coming bottom of the rankings for EU countries.

France performed only slightly better than Turkey, Russia, and Azerbaijan, finishing 37th out of 70 countries measured across the world.

The suggestion comes as newspapers and public opinion across the country moved against the Brexit vote with the front page of Liberation carrying a picture of Boris Johnson dangling from a zipwire with the caption “good luck”.

Journalist Christopher Numes echoed wider public sentiment, writing “I’ve always had a low opinion of the English. A nation that can’t behead its Queen is not to be trusted!” while the foreign minister Jean-Marc Ayrault demanded that Brexit talks take place immediately, dismissing plans among leading Brexiteers to move forward slowly and cautiously.

Feelings nationwide have not, however, been uniform, with Marine Le Pen’s Front National warmly welcoming the vote to leave the EU, which will strengthen their hand in upcoming parliamentary elections.

Despite being a founding member of the community and one of its strongest supporters, there is a deep undercurrent of suspicion over the EU project in France, which cuts right across the traditional left-right spectrum.