Brexistential crisis: tens of thousands march through London in protest 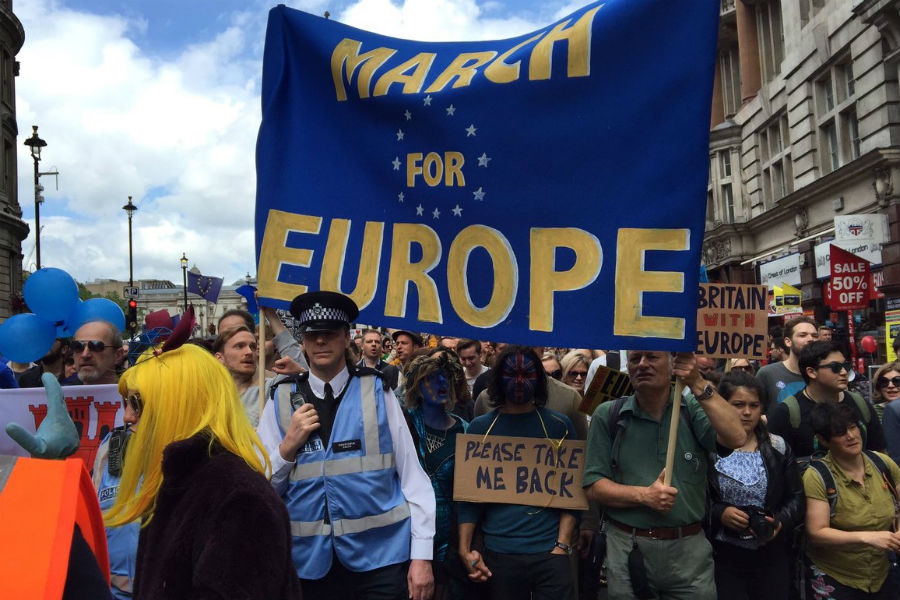 LONDON, EUROPE: Between thirty and fifty thousand people are estimated to have attended the rally.

THOUSANDS of disgruntled citizens are marching through London in protest at the Brexit referendum result, in a ‘March for Europe’ rally organised via social media, with critics accusing them of “having a tantrum.”

“Hell no, we won’t go,” came the chant as the enormous throng brandished placards and banners carrying slogans such as “No Brex Please, We’re British”, “I Will Always Love EU”, “Europe Innit”, “I wanna be deep inside EU”, “All EU Need is Love”, and the brilliant “Fromage not Farage.”

London was one of the few English ‘Remain’ strongholds in the referendum, in which Britons voted to leave the EU by 52 to 48 per cent, leading to the hastily-arranged march which saw protesters gather around Park Lane before heading towards Parliament Square.

They converged upon the Houses of Parliament at the end of the two-mile route, where speakers including Labour MP for Tottenham, David Lammy, leftwing commentator Owen Jones, and musician Bob Geldof encouraged remainers to take to the streets and urge MPs not to invoke the dreaded Article 50, which would signal the beginning of a two-year process, at the end of which the UK would cut its ties with the bloc.

A separate rally also took place in York, as the referendum which has divided the country continues to spark dissent on both sides of the debate.

Gelfdof said: “”We need to individually organise ourselves. Organise those around us and do everything possible within our individual power to stop this country being totally destroyed.”

Estimates of the turnout suggested that the gathering, which was entirely peaceful, comprised between 30-50,000 people, many of whom were young adults.

The march came as French president, François Hollande, echoed the sentiments of several other European political heavyweights, insisting that Brexit cannot be cancelled or delayed, although much of this feels like posturing at the moment, with Tory leadership candidates Theresa May and Michael Gove both hinting that they would wait until at least the end of the year before activating Article 50.

The image below depicts a young Gibraltarian at the march, emphasising how important Brexit is for residents of the British Overseas Territory. 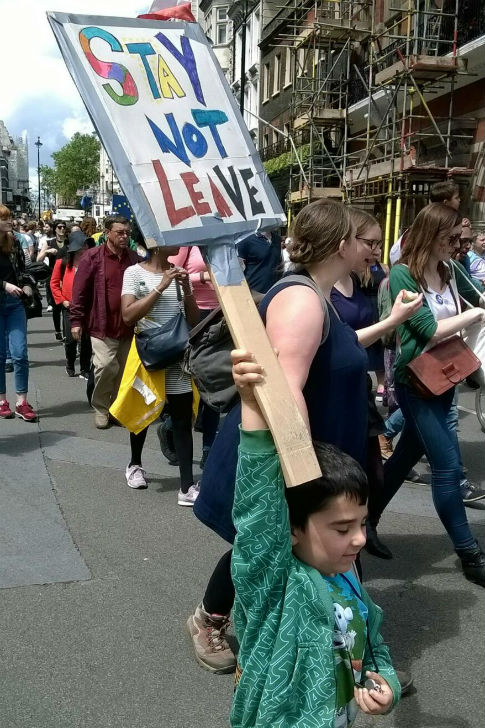