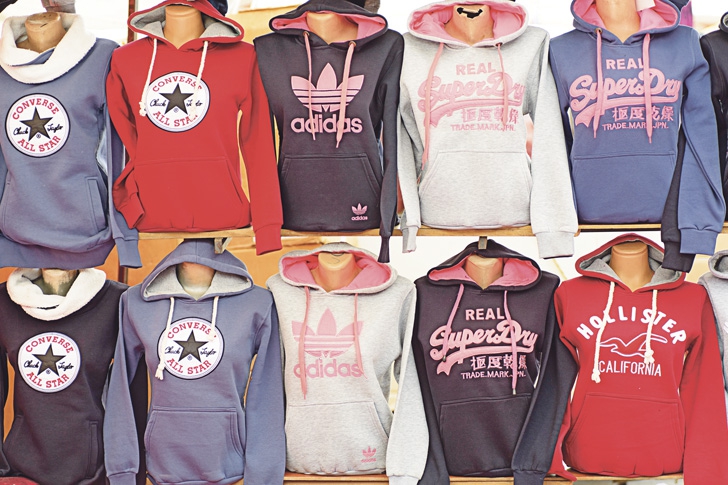 REALISTIC REPLICAS: The company ripped off a number of brands.

ONE of the most notorious international counterfeiters of high street clothing brands has been apprehended in Benahavis, according to the Guardia Civil.

The probe began in 2014, when the representative of a well-known clothing label got in touch with police to express concerns about a website offering dirt cheap, high quality replicas of their most popular apparel.

As the case proceeded, detectives discovered that the website claimed to hold a considerable stock and preferred to supply in bulk, and Europol also became involved.

They also learned that the same business had raised suspicions in the United States and Italy, although no criminal proceedings were ever opened, and that money was being channeled from the firm’s coffers into non-EU countries such as Hong Kong and Brazil, from where the knock-off clobber was imported.

Posing as an interested party, the sleuths found that they were able to obtain quotes and samples via a series of telematics messages, with the imitation gear being delivered once confirmation and final payment had been processed.

Once all the facts were in, it became clear that all the transactions were being made from a private address on the Costa del Sol, where the Italian owner was apparently enjoying an excellent standard of life despite not being registered for gainful employment, with no tax returns or other documentation having been filed with Spanish authorities.

During a raid on the property an Italian man was taken into custody, several computers and a range of pirated garments were seized, and the details of several bank accounts linked to dubious transactions acquired.

In particular, the detainee had caused economic damage estimated to be in the region of €2 million to one brand, with his arrest representing the capture of one of the EU’s brass hats in the murky world of wholesale clothing forgery.