The scourge of bullying 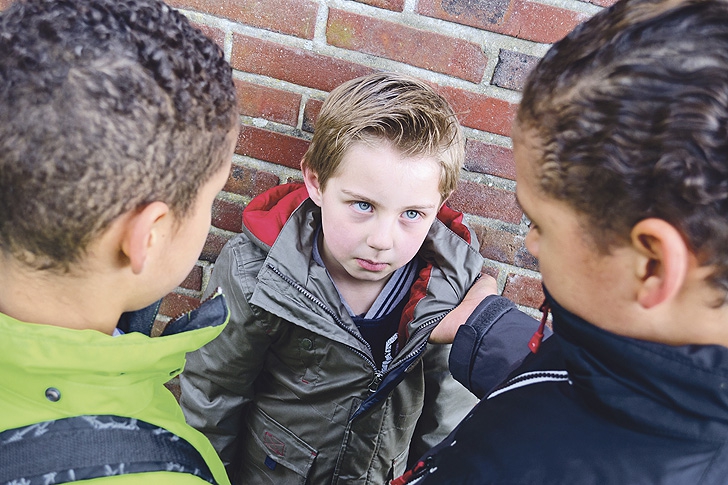 SHAMEFUL BULLIES: Physical or mental, bullying can have a long-term detrimental impact.

IF there is one kind of person that I find hateful in this world, it’s a bully.

Bullying in UK schools seems to have reached epidemic proportions if you believe what you read in the media, but I suspect that it is simply no longer swept under the carpet as it was in my day.

My own nemesis was a kid called Norton. He was an ugly git, with fingers like courgettes, and cauliflower ears. He was a greengrocer on legs, though of course I never told him that.

He would actively seek me out with his apprentice bully and do his best to make my life a misery.

Norton was three years older than me and in the lowest grade, with an IQ that was measured in fractions. Thankfully I was shot of him fairly early on.

Quite by accident on the internet, I came across a fellow pupil from my secondary school days who was himself a bully. Not physical bullying, but with taunts and humiliation which believe me, can be every bit as damaging.

When I reminded him of this, he seemed genuinely shocked that he had been guilty of these activities.

These people go through life completely oblivious to the fact that they may have inflicted misery and perhaps lasting damage.

It wasn’t done in my day to go complaining to those in authority because ‘grass’ in the ‘Bullies Bumper Duffing Up Manual’, was another excuse for a chinning session.

Bullying was not restricted to one’s peers. There was one teacher who took such a dislike, he openly sneered in distaste every time he had dealings with me.

He once wrote in an end of term report, “This boy lacks personality”, a seemingly innocuous statement, but to an insecure 13-year-old (and I cannot explain why) it was devastating.

Illogically, I felt deeply ashamed when I took the report home and reluctantly presented it to my parents, who were thankfully very supportive and reassuring.

But it left its mark and I have never forgotten the experience.