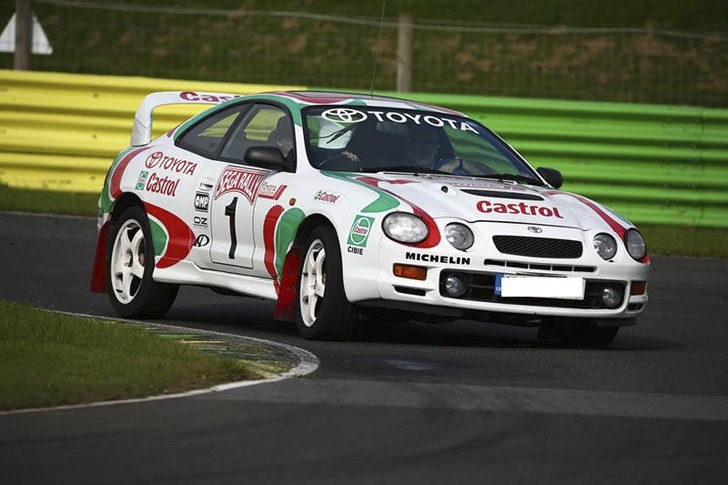 IAM RoadSmart’s 60th anniversary car party this Saturday has a vast array of unique vehicles on display, led by a prized and restored Aston Martin and a number of cars that are one of few surviving examples of their breed.

The car party takes place on 9 July at the British Motor Museum in Gaydon from 10am. Admission is £10 per person which includes a barbecue lunch. Tickets can be bought in advance athttps://www.iamroadsmart.com/carparty or on the day at the museum itself.

IAM RoadSmart, previously known as The Institute of Advanced Motorists, has been at the forefront of helping drivers and riders become safer on the road, leading to a reduction in the numbers of people killed and injured on our roads.

In addition IAM RoadSmart wants to help drivers and riders enjoy their time on the roads more, and this includes a range of Skills Days at race circuits around the country.

In 60 years more than 400,000 drivers and riders have taken and passed IAM RoadSmart’s advanced test. There is a network of around 200 regional groups throughout the UK, manned by volunteers who deliver the charity’s advanced courses.

The day itself will be a celebration of all things car, and everyone is welcome.

In addition, under 17s attending the event will have the change of driving a one kilometre course in a road car under expert guidance in co-operation with the experts from the Under 17 Car Club.

You can also try your hand at our golf buggy challenge, where your task is to negotiate a course while wearing ‘beer goggles’ – which simulate the effects of drink-driving.

The highlight of the day will also be a display of 60 cars: one representing each year of the IAM/IAM RoadSmart’s existence – all of which have their own unique stories attached. Below are just a few of the treasures to look forward to:

1959: Austin A35. Now with MG engine gearbox and brakes, turbo engine, ventilated discs with split circuits and modified suspension. Capable of 140bhp and 0-60mph in less than eight seconds

1963: Jaguar E-Type. Has complete original interior. Taken part in four Norwich Union classic car rallies in the 1990’s. Featured in the book My Cool Classic car and now worth more than £65,000

1963: Aston Martin DB4 Series 5. Thought to be one of only 15 DB4 Series 5 cars made and the only one originally factory manufactured in Ice Blue with a red leather interior. Featured extensively on radio and Aston Martin calendars. Took part in the London New Year’s Day London Parade 2002

1964: Austin A40. Neglected for 40 years, the car started first time when it came to be driven for its restoration

1965: Morris Minor. Took part in the Lord Mayor’s Show in 2006 and now boasts a new mohair hood and leather interior

1966: Triumph TR4A. Took part in 20 of Club Triumph’s biennial 48-hour 2,000 mile Round Britain Reliability Runs, more than any other car

1972: Fiat 500. Owner braved the London to Brighton rally alone this year in this diminutive car

1978: Fiat 127CL. Believed to be one of only six surviving examples of this type in the UK

1982: Lotus Elite Riviera. Displayed at the 1982 Birmingham Motor Show. Run briefly by a senior Lotus director, then owned by the same person ever since. Now the only surviving example of this variant

1983: Fiat Strada. Believed to be one of only four surviving examples of this type in the UK

2000: Land Rover Discovery 2 Autobiography, one of only two ever made. Part of a Land Rover Special Vehicles feasibility study into a special line of Autobiography vehicles. The programme was cancelled when Ford acquired the brand

2013: Citroën C5 Touring HDi 1600 six-speed automatic. One of the very last of this variant to be built, featuring the now discontinued air suspension