Good news on the job front 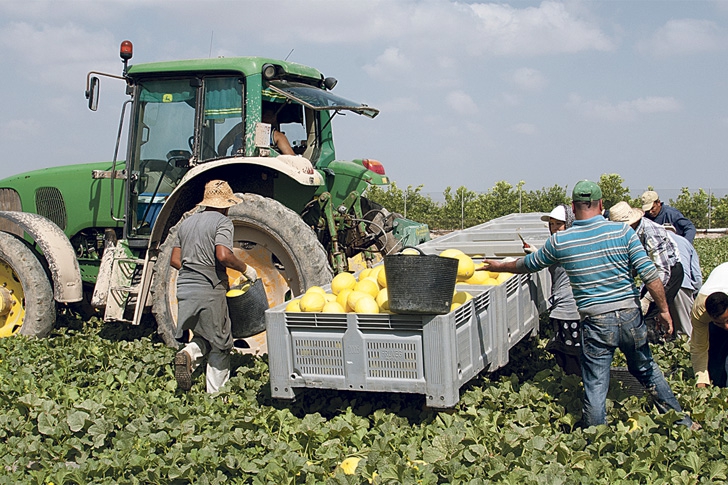 HARVESTING MELONS: Hopefully short-term employees will be kept on longer.

ACCORDING to figures released by the Spanish government, unemployment in June fell by a staggering 124,349 people to just under 3.8 million people out of work which is a 3.2 per cent drop in a month, 8 per cent in a year and is now at its lowest level since 2009.

With an anticipated increase in the number of tourist visitors to Spain during the summer period, there is a requirement for a large number of additional staff in the hospitality industry, but whilst this is good news in the short-term, many of the contracts issued will be short-term rather than permanent which means that unemployment will invariably increase again later in the year.

There is the hope that with the ongoing problems with terrorism and general industrial unrest from Turkey through Europe that the season in Spain will extend with increased off peak visitors, meaning that a number of those employed now will be kept in work for longer than usual.

Young people are still the worst sufferers with even international retailers laying shop workers off after three months in order to save social security costs which means that as new workers graduate from schools and universities, they are finding it increasingly difficult to find work, which means that they are forced to continue to live with their parents rather than start an independent life.

Many qualified youngsters have been leaving Spain to try to build careers in other European countries, one of which is the UK but with the uncertainty surrounding further work and immigration status post Brexit that is a door which has been temporarily closed.

Spain still has higher unemployment rates than any other EU member other than Greece but this latest news will delight the leaders of the PP who are trying to attract at least one other party in order to form a coalition government and they will argue that it was their policies that ensured that they attracted the largest number of votes.

The one negative as far as the good news is concerned is that employment in both agriculture and house building continues to rise but having said that, even taking into account the number of temporary jobs created, the overall trend after adjustment still indicates an overall drop in general unemployment across the country and an increase in the number of people paying into social security.