Surianne, a voice that encompasses many musical genres 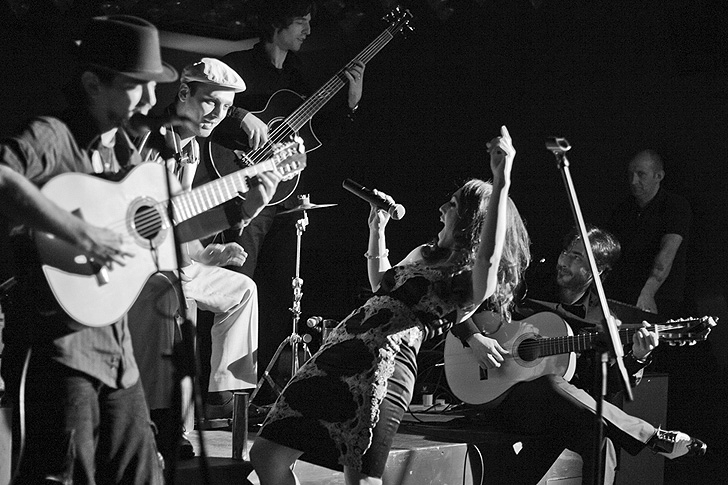 BORN in Gibraltar, lived for many years in Britain and now training youngsters in Spain, Surianne has released her latest single ‘Hold On’ which was recorded at Gecko Studios San Pedro and produced by Mikki Nelsen.

The video was directed by her long-term partner Paul Isola, singer with internationally successful Gibraltarian Group Breed 77, and was filmed around Gibraltar using friends to back up the message of the song that Surianne wrote, based on the tribulations of a very good friend Katya who was going through a hard time.

The song and video promote a universal message about never giving up and always striving to reach your goals. The music itself is a move away from her more traditional acoustic/jazz/rock performances and is more experimental yet mainstream, in the style of SIA.

Those who view the video will also see a couple of guest appearances from Gibraltar and Spain’s favourite English-language newspaper Euro Weekly News!

Known as ‘La Niña del Sur’ Surianne loves music and is completely self-taught, having actually been trained as an architect but now that she is back in Spain, she works in an international college teaching drama and music and running after-hours clubs which encourage young people to learn all aspects of music and drama, including the economics of presenting their own gigs.

An ambassador for London-based charity Hestia Housing & Support, which provides accommodation and support for victims of domestic abuse, Surianne, who performs regularly around Gibraltar and the Costa del Sol aims to become a full-time musician but will always want to keep involved with both youth training and the charity.

Considering the size of its population, it is amazing how many great musicians have come out of Gibraltar, and Surianne, who is both independent and a mistress of her own destiny, certainly deserves to succeed.

If you want to see Surianne perform an acoustic set then make a note in your diary for: