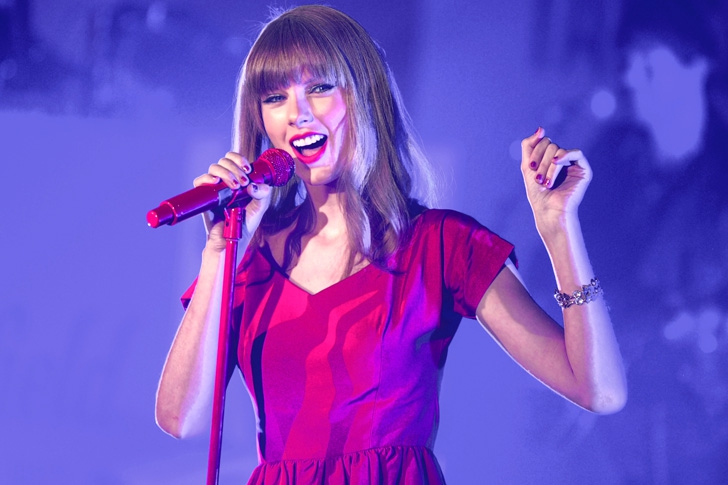 THE android known as ‘Taylor Swift’, who has been described as an “obnoxious Nazi Barbie” by those critical of her calculating, confessional brand of pop music that has attracted legions of young female fans, has been crowned the world’s top-earning celebrity.

According to the Forbes’ annual list of the planet’s richest entertainers, Swift raked in €153 million between June 2015 and June 2016, climbing seven places on the list as she doubled her money to outstrip other musicians including Adele (€72.5 million), Madonna (€68.8 million), Rihanna (€67.5 million) and Bruce Springsteen (€54.5 million).

She thus emerges triumphant in her ongoing battle for planetary dominance with former number-one seed and fellow purveyor of soul-crushingly simplistic mainstream melodies, Katy Perry, who could only muster a pitiful €36.9 million this time around, with Swift’s rapid rise largely attributed to her ‘1989’ world tour, which grossed more than a quarter of a billion.

The world’s richest celebs bagged a staggering €4.6 billion in pretax earnings during the last 12 months, eclipsing the combined GDP of Belize, Gambia, and Bhutan, but it is the nature of the top earners that is perhaps most perplexing, as boy band One Direction finished in second place with a combined €98.9 million, while literary factory James Patterson, who employs other authors to write books with his name emblazoned on the cover, finished third with €85.5 million.

Forbes’ editor Zack O’Malley Greenberg confirmed that live entertainment continues to pull in the euros, as his statement read: “From soccer games in Spain to concerts in China, fans are willing to shell out to see big names, and this is driving the celebrity economy to ever greater heights.”

‘Hunger Games’ star Jennifer Lawrence was the movie industry’s highest-grossing woman, earning €41.4 million, with Dwayne Johnson the best-paid actor, having pocketed a cool €58 million following his appearances in ‘The Fast and the Furious’ series and ‘San Andreas.’

Portugese preening peacock Cristiano Ronaldo is the richest athlete on the planet this year with his €79 million seeing off competition from Lionel Messi (€73 million), Roger Federer (€61.2 million), and Lewis Hamilton (€41.4 million).