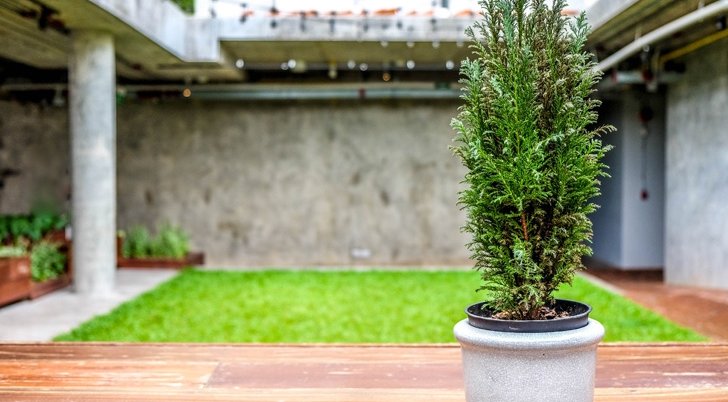 WITH the weather warming up some readers have indicated that they are experiencing problems with trees and large shrubs that were planted in pots or tubs a few years ago for brightening up terraces.

The general description of the plants with problems has been along the following lines – the lower or top branches have been drooping or even dying back, increased watering has been tried but it does not soak into the potting compost or it runs down the side and straight out of the bottom and extra dozes of chemical fertiliser pellets have made no difference.

In one case the evergreen fir tree was five metres high and the width one and a half that of the terracotta pot. An attempt to pour a watering can of water into the pot did not succeed as the pot was totally root bound. The tree should have been repotted into a larger pot some years ago.

The only way to repot the tree was to break the expensive pot. The width and weight of the root ball kept the tree standing vertically ok until this was done. Once the pot was off and the base removed from under the root ball, by carefully leaning the tree, three important things were discovered.

Firstly, the terracotta pot had never been sealed so from the day the tree was planted a considerable percentage of water had evaporated each day through the terracotta sides for years.

Thirdly, no one had knocked out the drainage hole in the base of the pot before filling first with some broken terracotta pieces or large grit to aid drainage of surplus water so the bottom third of roots were starting to rot as a result of being waterlogged.

Treating valuable trees as described above was like expecting a child to wear the same pair of shoes from three to 10 years of age!

Do be kind to plants in containers.