Some shocks in new cabinet announced so far 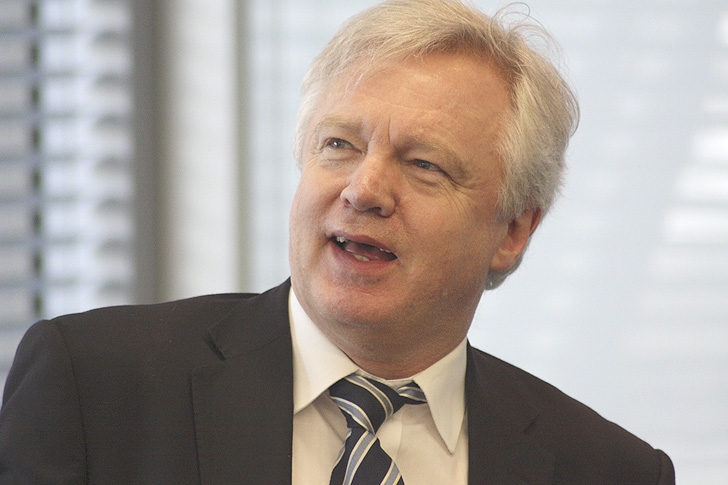 David Davis new Secretary of State for Exiting the EU.

THERESA MAY has given a hint of where her political heart lies with the first few appointments to the new cabinet with a couple of surprises and even some new posts.

Somewhat to be expected was the immediate departure of George Osborne who is seen as ‘damaged goods’ which was reinforced by a statement from the new Chancellor Philip Hammond who completely rejected the concept of a ‘panic budget’ to bring in new cuts and additional taxes and has simply said that its business as usual whilst he considers the financial options for the Autumn financial statement.

Perhaps having listened to Richard Harris in Camelot singing ‘How to handle a Woman,’ Boris Johnson didn’t stand against Mrs May and has been rewarded, slightly surprisingly, the role of Foreign Secretary which has left him “humbled”. Hopefully he will consider what he says and when in the future as he has been known to have a ‘touch of the Prince Philips’ in some of his comments in the past.

No nonsense former investment banker and journalist Amber Rudd has been promoted to take over as Home Secretary and it will be interesting to see how she copes with regular dealings with Boris after saying during the Brexit debates that she would not trust him to drive her home after a night out!

One of the two new roles, Secretary of State for Exiting the EU, goes to voluble and volatile veteran politician David Davis who stood against David Cameron as party leader on an anti-EU ticket. Not necessarily known as the most diplomatic of politicians this, to some extent,  surprising appointment will certainly ensure some spirited negotiations over the next two years.

Also back from the cold and in a new position as Secretary for International Trade is Liam Fox who resigned as Defence Secretary in 2011 over allegations of favouritism and giving unauthorised access to information to a close friend. He also campaigned for the Leavers and the fact that he was seen to support the now discounted statement that leaving would allow for £350 million (€417 million) a week to the NHS and he stood against Mrs May for leader seems to have done his political ambitions no harm.

Michael Fallon, a reluctant Remainer, seen as a safe pair of hands keeps his Defence portfolio.

So at the time of writing, there is only one major casualty, George Osborne, three surprises and in a country that may be looking to support the jobless and the property market, two new Ministries which will require staffing and offices in London.

One gets the feeling that Mrs May was a closet Leaver and the way that she has brought prominent right of centre Leavers into important positions, suggests that she is more Thatcher than Cameron in her political outlook.

Michael Gove, having been fiercely trounced in the leadership battle is now waiting in the wings to see whether he will receive any bones from the Prime Ministers table.