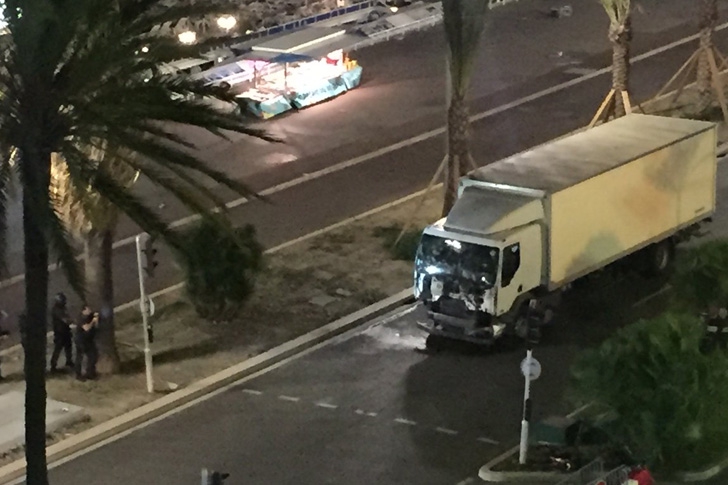 THE French nation is in mourning once again after a man drove a large truck loaded with weaponry through crowds celebrating Bastille Day in the southern city of Nice on Thursday evening killing at least 84 people.

Devastating reports have emerged of parents throwing children over fences as the driver zigzagged through the packed streets while firing on the crowd causing a huge stampede.

Blood-stained streets are still covered in bodies with witnesses describing mothers lead their children through the locked down area with their eyes closed. Psychological treatment is being provided to survivors and Nice hospitals have launched an appeal for blood donations.

More information is sure to follow but preliminary investigations indicate the driver, who was eventually shot dead by police, was a dual French-Tunisian citizen and local resident aged 31 who was known to police but for a petty criminal record not terrorist activity.

No specific group has claimed responsibility but French authorities are treating the massacre as a terrorist attack and have extended the country’s state of emergency, due to expire on July 26, for a further three months.

Describing the attack as a “monstrosity” president Francois Hollande announced the deployment of the military to support police and secure borders.

International messages of condemnation and support have been swift with the US president Barack Obama, the United Nations, China and Russia among those issuing public statements.

The atrocity comes just weeks after a parliamentary investigation into last year’s coordinated attacks in Paris that killed 147 civilians found that there was a “global failure” of French intelligence.

Bastille Day is a hugely popular national holiday considered symbolic of the spirit of the French republic and the attack will be considered an assault on French identity as it reinforces a climate of fear in large public gatherings.

In Spain acting prime minister Mariano Rajoy addressed the nation on television at 9am on Friday morning to offer his condolences and announce that the domestic terror alert level had been raised and an emergency threat meeting held later this morning.

Border security has been significantly tightened and a minute’s silence will be held at midday to express solidarity with France and the victims.