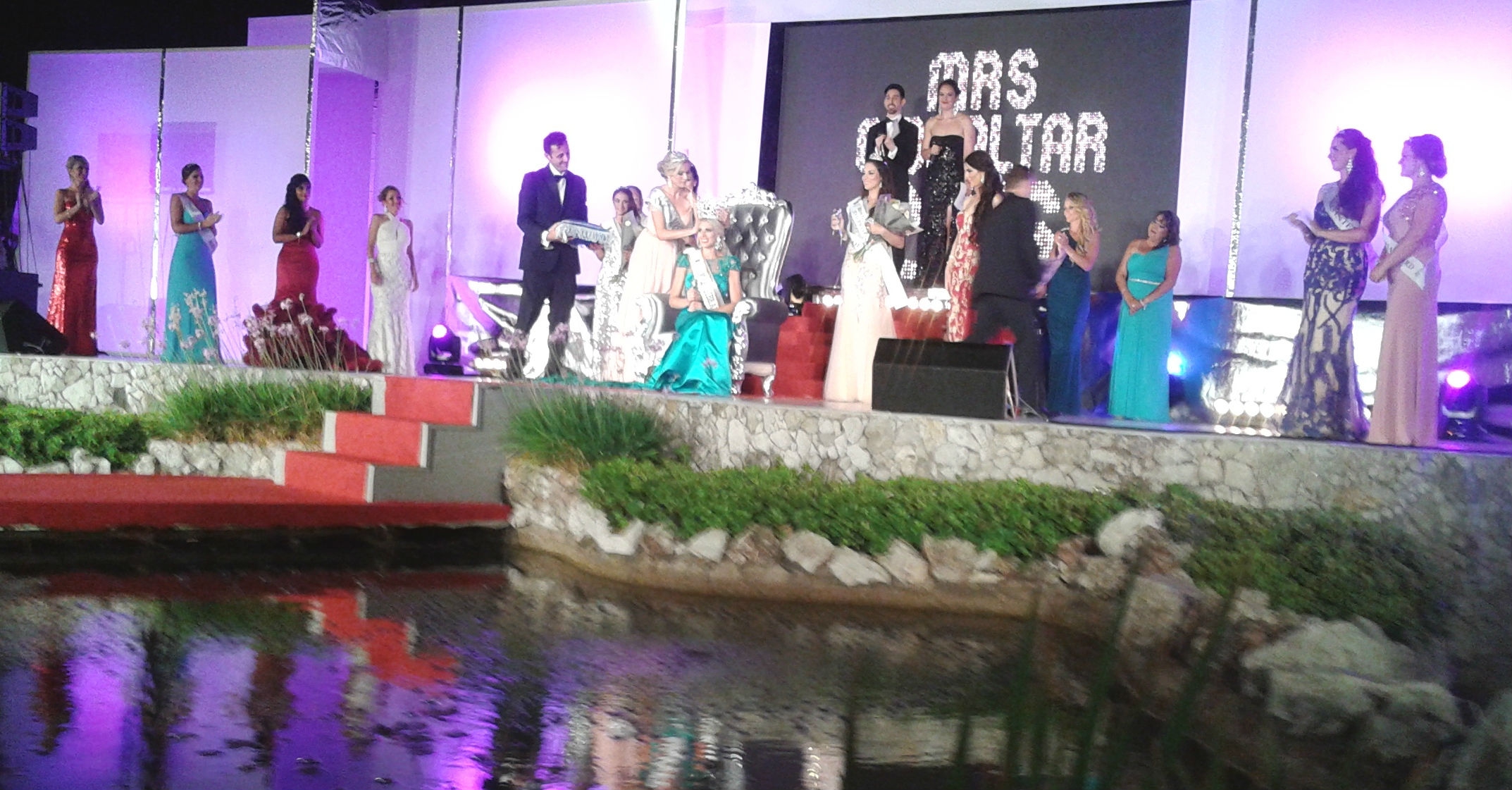 AS A writer with Euro Weekly News it seemed a bit random to be invited to be one of the judges of the Mrs Gibraltar 2016 Forum but in actual fact it made a great deal of sense as although married to a Gibraltarian for nearly 38 years, none of her family or friends were taking part, so I could take a completely unbiased view of the contestants who I had never seen or met before.

Just in its second year, the Forum was held in the delightful Alameda Open Air Theatre on the evening of July 16 and 12 contestants aged between 26 and 41 contested the role, which would take the winner to China to compete in the Mrs Universe competition whilst runners up would also take part in Mrs World and Mrs Europe, in each case having the chance to promote Gibraltar on the world stage.

The other judges hailed from Hungary, Ireland and Spain and it was our duty to mark each contestant in a range of different routines which included initial presentation, catwalk, question and answer and finally evening wear. There were also a non-voting chairman and an adjudicator both from Gibraltar who were responsible for tallying the scores.

All of the ladies were poised and elegant, each with their own personality shining through and it was sometimes difficult to remember that this wasn’t a straight forward beauty contest, but an expression of the power and inner beauty of slightly older women who often mix careers with family life.

Organised by local group Ideal Productions and sponsored by various local companies, the whole concept of the Forum was to raise public awareness of the contribution that woman bring to society and to remind us all of the evil of domestic violence which does inevitably affect women the most.

The judges gave scores under 13 different categories for each of the contestants so that each judge was responsible for scoring 156 times, in order to ensure that when multiplied by four judges, the final scores were impossible to influence by any individual.

The wasn’t just a competition as the ladies were extremely well choreographed so that as they presented themselves they also entertained to music connected with Burlesque and Cabaret and there were a number of additional numbers from local individuals and dancers.

The overall winner was Rachel Martinez who stunned the audience with a figure hugging two piece evening dress which left her midriff bare and boasted a huge train but in fairness every evening dress was impressive as were all of the contestants.

Minister of the Environment Dr John Cortes kindly presented the runners up and the winner with their trophies and last years winner Serika Garcia crowned Rachel Martinez Mrs Gibraltar 2016 to much applause including that of all of the contestants who whilst no doubt disappointed also seemed genuinely pleased for each other.

It was a most enjoyable and well run event and the organisers and the contestants are to be congratulated for all that they have done for the various charities involved with the night.