Irish reunification on the cards with calls for referendum 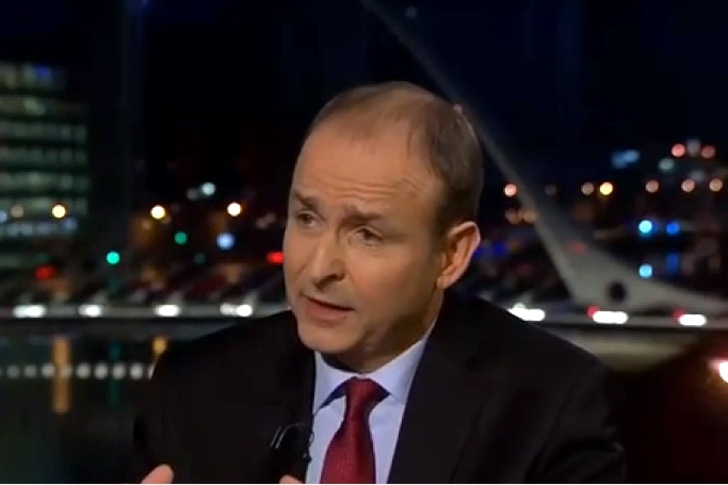 AFTER centuries of English occupation and division the prospect of Ireland’s reunification is back on the mainstream political agenda following the Brexit vote.

Micheal Martin, leader of Fianna Fail, the Republic’s main opposition party, has suggested that the majority vote within Northern Ireland to stay in the European Union could act as a catalyst for a reunification referendum.

“It may very well be that the decision ofNorthernIrelandto oppose the English-driven anti-EU UK majority is a defining moment in Northern politics,” he said.

“The remain vote may show people the need to rethink current arrangements. I hope it moves us towards majority support for unification, and if it does we should trigger a reunification referendum.

“However, at this moment the only evidence we have is that the majority of people in Northern Ireland want to maintain open borders and a single market with this jurisdiction, and beyond that with the rest ofEurope.”

Irish and British citizens on both sides of the 310-mile border have enjoyed unfettered free movement courtesy of the peace process and EU membership, a far cry from the days of militarised checkpoints and violence that marked the Troubles.

With the UK on the verge of leaving the EU, the prospect of a hard border dividing the island has raised concerns that the social and economic benefits of free movement are in jeopardy.

Martin, whose party could well form the next Irish government, has said “new barriers between both parts of this island would potentially set us back decades”, echoing deputy first minister of Northern Ireland, Martin McGuinness’ claim that Brexit would create a “democratic imperative” for a reunification vote.

“If Britain votes to leave theEuropean Union then that could have huge implications for the entire island of Ireland and, given all the predictions, would run counter to the democratic wishes of the Irish people,” the Sinn Féin leader and former IRA chief-of-staff said in the run-up to June 23.

Under the Good Friday Agreement any referendum on constitutional change should be held within Northern Ireland alone, a condition vehemently opposed by Republican dissidents who consider the border an illegitimate relic of British colonial policy, and would like all Ireland to have a vote.

The news comes as Scotland’s first minister Nicola Sturgeon allowed for the possibility of an independence referendum as early as 2017, hinting that it would be strongly preferable to hold any vote before the UK and EU are officially divorced.