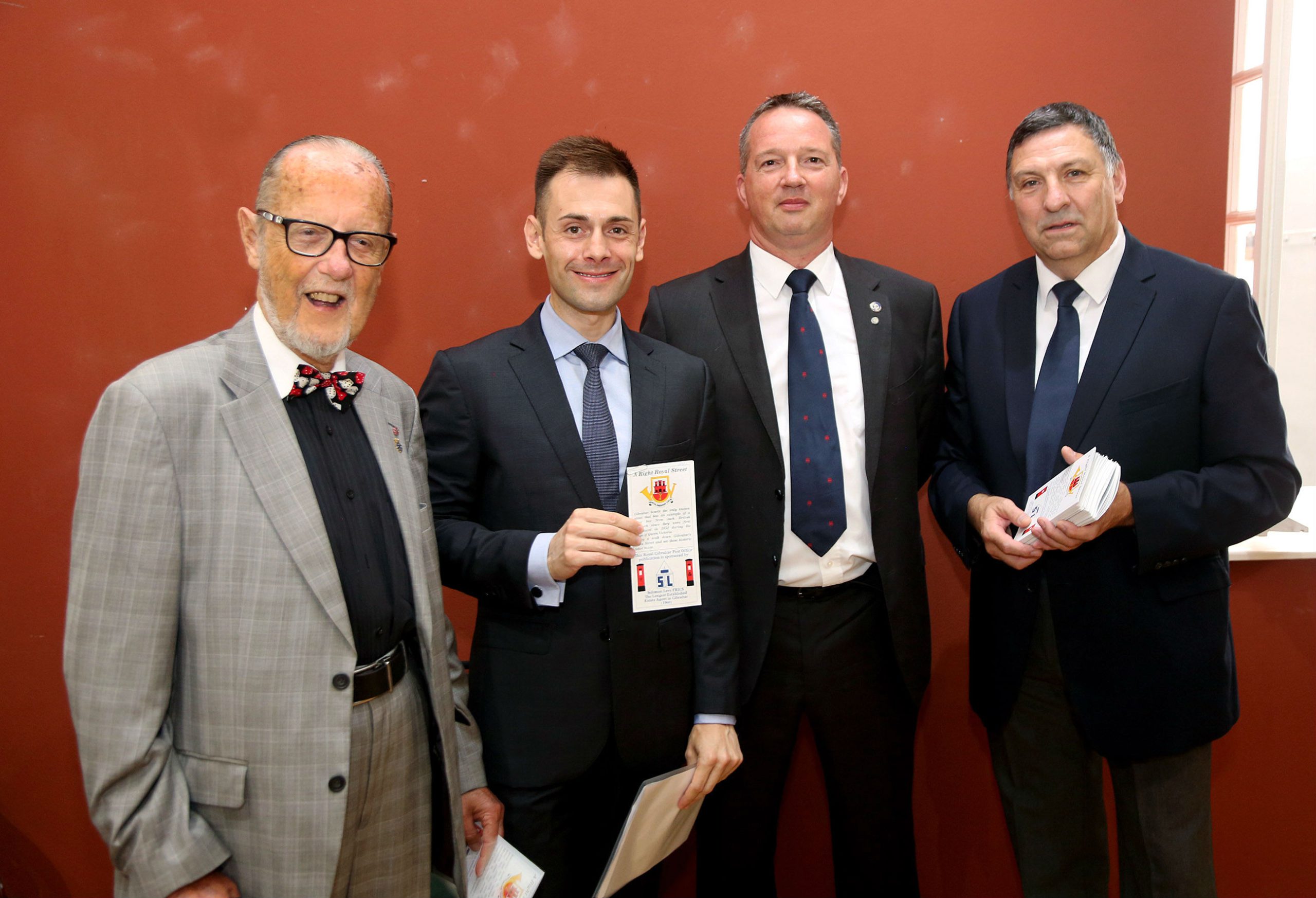 Launch of the informative leaflet

SURPRISINGLY,  Gibraltar boasts the only known street that has an example of a letter box from each British Monarch since they were first introduced in 1852 during the Reign of Queen Victoria.

A leaflet with an historical trail of Gibraltar’s ‘Royal’ letter boxes has been published by the Royal Gibraltar Post Office (RGPO). The leaflet, sponsored by Solomon Levy Estate Agents, contains information on all six Main Street letter boxes, including where they can be found, photographs of the boxes and their royal cyphers and other interesting facts about them and Gibraltar’s postal history.

The information has been compiled by the RGPO assisted by Mr Richard Garcia and with input from the Gibraltar Heritage Trust.

The Minister for Postal Services, the Hon Neil F Costa MP said: “This project culminated with the incredible acquisition of the rare Edward VIII letter box in 2014 and the realization, as described by Richard Garcia in his subsequent article to the Royal Philatelic Society, that Gibraltar is unique in its ‘Right Royal Street’. With the installation of the Edward VIII letter box in 2015 at Heritage Main Guard, our collection was complete, allowing us to launch such a historically important trail”.

A spokesperson for the Heritage Trust said: “The Edward VIII box has become a popular attraction and the new booklet will provide our visitors with the means and information to appreciate our “Right Royal” boxes. Both letter boxes and telephone boxes are a constant tourist focus point and this booklet will now give a new dimension to this phenomenon”.

The leaflets are available free of charge from the Heritage Trust office at 13 John Mackintosh Square and from the Main Street Post Office with effect midday Wednesday  July 20.

Stamp collectors and older readers may remember the British stamp dealer (who coincidentally happened to be in Gibraltar on his honeymoon) who stood outside the Post Office in 1974 purchasing from locals as many examples of the rationed self-adhesive stamp booklet (one of the first ever released) honouring the Universal Postal Union which depicted a number of the post boxes in Gibraltar at the time.