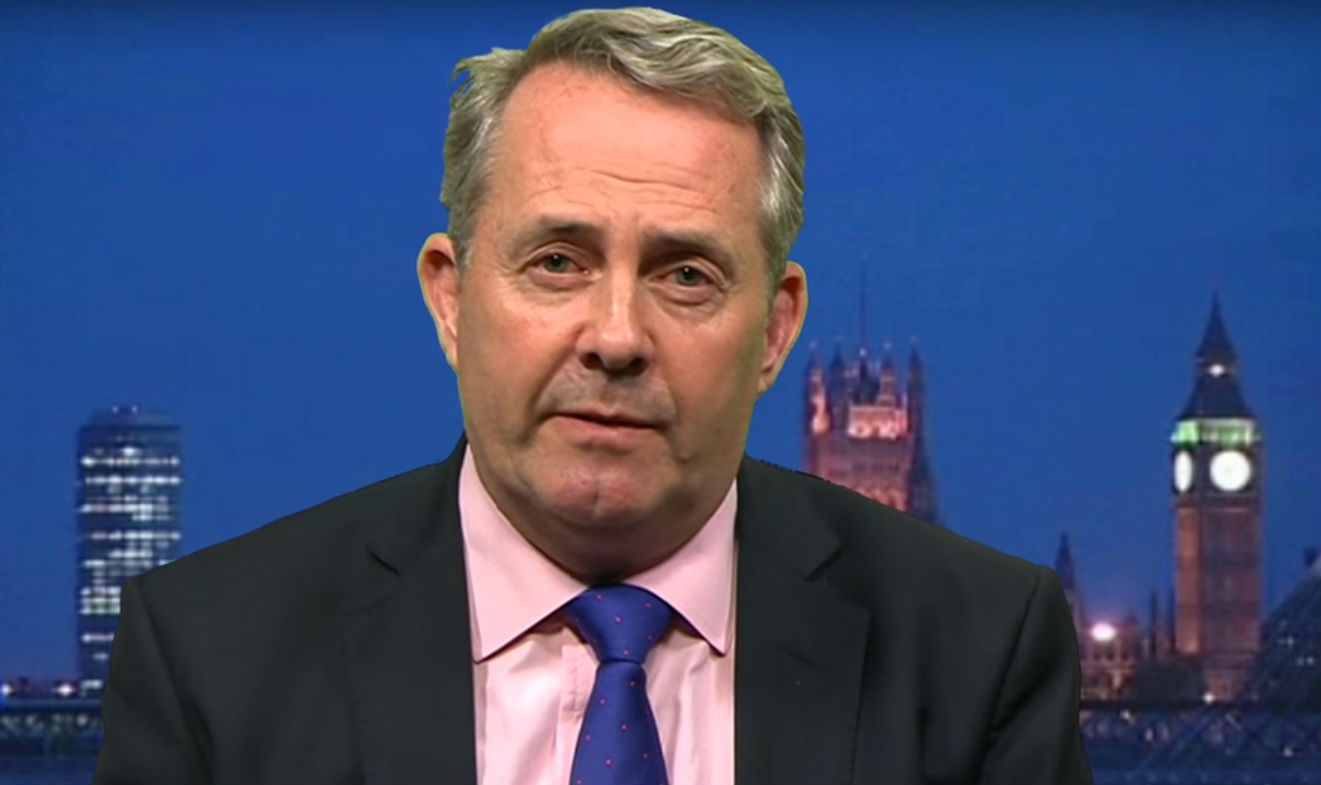 HAVING managed to escape the confines of Chevening, the 115-room mansion he begrudgingly shares with fellow Tories Boris Johnson and David Davis, arch Brexit-backer Liam Fox has revealed something of a skeleton schedule for Britain’s as yet unrealised divorce from the EU.

The newly minted international trade secretary, reanimated after five years in the political cryo chamber, said, during a whistle-stop three-day tour of the US, that he expects the Brexit dust to be settled by 2020 and that the UK will, in all probability, not form a customs union with its soon-to-be ex.

Speaking to the Wall Street Journal, the avid Atlanticist, who was the least popular candidate in last month’s Conservative leadership race, also suggested that Article 50 will not be invoked until early 2017, echoing Theresa May’s hesitance at immediately unleashing negotiations.

For those rabid Brexiteers wondering why the delay, and suspicious that Westminster may yet find a way to subvert the referendum results, Fox spelled out that the UK is hoping to garner some measure of its post-EU economic alliances before pressing the button on Article 50.

EU rules prevent the UK from negotiating substantial trade treaties with other nations until the country has left the union, while potential partners such as the US, Canada, and Australia are waiting to see the precise nature of Britain’s relationship with the EU before making commitments.

“The first thing is to dispel the idea that Britain leaving the European Union was somehow an anti-free market decision,” Fox said as he put forth his post-Brexit vision.  “In fact it was the reverse: in my view, it was about Britain becoming a much more outward-looking country.”

Fox’s Atlantic adventure is specifically aimed at projecting economic confidence and reassuring American investors that the UK is open for business, flexible and willing to sacrifice protectionism in favour of a neo-liberal model boasting a shrunken public sector and lax regulations.

The US has been pushing both the UK and EU towards accepting a proposed free-trade agreement known as TTIP, which, although temporarily scuppered by vehement opposition in France and across the continent, would presumably form the bedrock of any UK-US trade deal.

TTIP would demand the elimination of all trade tariffs and regulatory barriers to the free flow of big business, with unhelpful hurdles such as environmental, health or banking regulations being made subservient to the whims and financial appetite of American and European corporations.

It would also significantly undercut the last vestiges of sovereign power, spuriously revered by Fox and his allies, by insisting that the government open up the NHS and other public institutions to American companies, who could even sue the UK in international courts if policies affect their profits.

This may seem a strange and contradictory stance for a British minister to support but Liam Fox has a chequered and controversial history as a governmental middleman coupling various businessmen, lobbyists and neoconservative strategists together under an Atlanticist agenda.

In 1997 he founded the Atlantic Bridge Research and Education Scheme, which had Margaret Thatcher as its honorary president and other Tory luminaries, including Michael Gove and George Osborne, on its advisory panel, joined by an assortment of American politicians and lobbyists.

Although officially a charity, The Atlantic Bridge was found to be chiefly composed of lawyers, lobbyists and other corporate vultures working on behalf of the weapons, oil, pharmaceutical and gambling industries, and it collapsed under the weight of public scrutiny and tabloid scandal in 2011.

At the time Fox was described as a “spider at the heart of a tangled neocon web” by Lord Oakeshot, who accused his project of abusing its charity status to siphon off taxpayer funds in order to promote a corporatist agenda with NHS liberalisation and energy deregulation as its key objectives.

Although Theresa May is portrayed as an ardent pragmatist with the character to secure a relatively fair and painless exit from the EU, British citizens would do well to beware the covert machinations of her colleague Dr Fox, a proven ideologue with a dangerous conviction in his ideas.

Unless we want to effectively replace the EU framework with an Atlanticist free-trade agreement along the lines of TTIP, with all of the anti-democratic and political subservience to market supremacy that entails, then it is essential that a close eye is kept on Liam Fox and his foreign adventures.