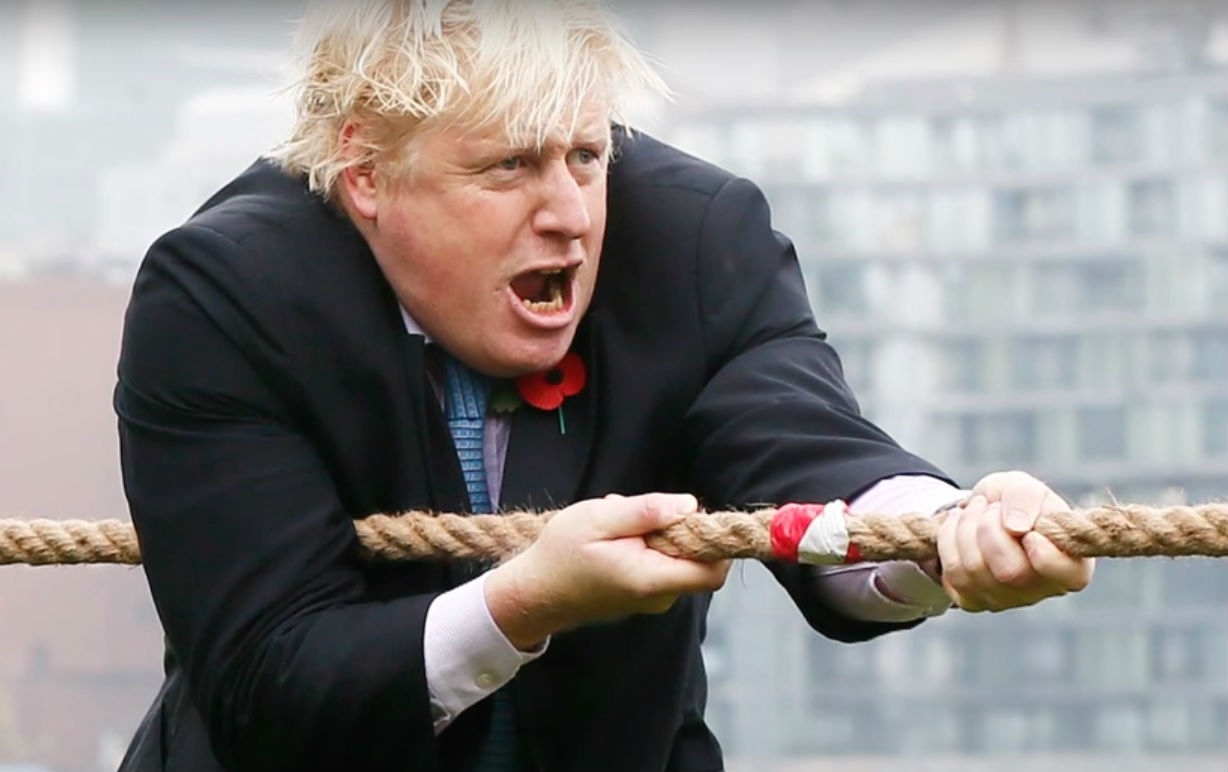 FOREIGN Secretary Boris Johnson showcased his linguistic skills as he met with his French counterpart Jean-Marc Ayrault, a man who once described him as a ‘liar’.

It was Johnson’s first trip to France in his new role and appeared to be an ice-breaking diplomatic endeavour, with a joint press conference this afternoon seeing Boris eulogise the two allies’ unique relationship stretching back centuries.

Theresa May has already met with French president Francois Hollande to discuss the ongoing Brexit debacle and how future negotiations might unfold.

Johnson, despite being foreign secretary and the leading Brexit provocateur, has very little role in the negotiations and has readily adapted to his new role as national mascot, and professional ceremony attendee, perhaps fortunately given Ayrault’s harsh criticism of his referendum campaigning.

“During the campaign, you know he told a lot of lies to the British people and now it is him who has his back against the wall. He is up against it to defend his country and also so that the relationship with Europe is clear,” Ayrault said, although he has since softened his tone, patting Boris on the back for “behaving with a certain modesty” at a Brussels meeting.

The key items on the official agenda were cooperation between the two nations on the growing terrorist threat, with France effectively under siege from violent Islamic radicals, and ironing out serious differences over the future of the Middle East peace process.

France has long sought to garner a collective European effort to more aggressively pursue the formation of a Palestinian state, while the UK now faces the prospect of a lawsuit from the Palestinian Authority over its role in giving away the land to European and American settlers in the Balfour Declaration.

Having successfully navigated the shark-infested waters of his first foreign tour, Johnson will now endeavour to build bridges with other erstwhile allies he has managed to offend over the years, with forthcoming trips to the USA, where he was born, a potential comic goldmine given his musings on the two presidential candidates, who duke it out for the White House this autumn.

As London mayor he defended the city against accusations from Donald Trump that it was overrun by Islamic ghettoes.

“I am genuinely worried that he could become president. I was in New York and some photographers were trying to take a picture of me and a girl walked down the pavement towards me and she stopped and she said, ‘Gee is that Trump?’ It was one of the worst moments,” he quipped.

Hilary Clinton, meanwhile, was more accurately summed up in a Telegraph column as having “dyed blonde hair and pouty lips, and a steely blue stare, like a sadistic nurse in a mental hospital.”