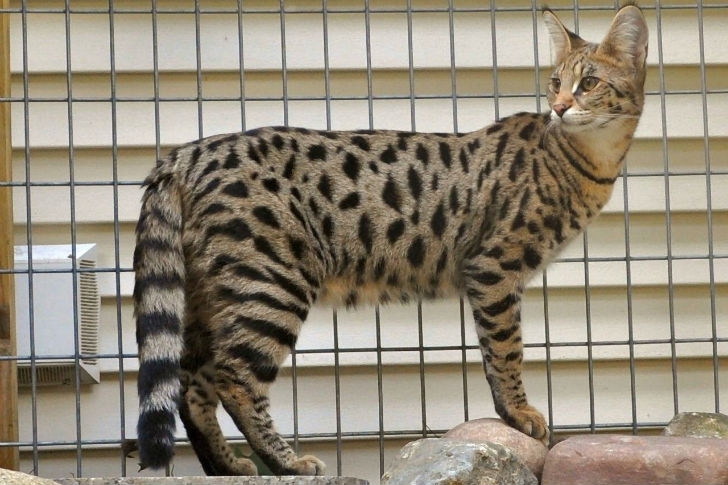 CAT IN HELL’S CHANCE: The feline is almost certainly not a cougar or other dangerous species, as was speculated on social media.

AS the story of ‘the beast of Estepona,’ which EWN broke on Tuesday, July 26, begins to be picked up by the British national press, we may now have identified the mysterious moggie, following consultation with several cat experts, including one who has a history of importing captive-bred big cats for zoos and private collections.

Although we cannot be 100 per cent sure which species was captured on a British man’s smartphone as it skulked around in undergrowth close to Marbella, the majority of those we asked identified it as hybrid cat breed known as a savannah cat.

This is a cross between a domestic cat and the serval, a medium-sized African species, which became popular among cat breeders during the late 1990s and was accepted as a championship breed in 2012.

Domestic cats tend to average 23-25 centimetres in height, whereas the savannah can top 45 centimetres, while the latter’s tall, slim build conveys an image of much greater size than its weight, which tends to be between 6-11 kilos depending on generation and sex (see video below).

Savannah cats retain many of the exotic features of the serval, including wide ears, very long legs, and a posted colour pattern, plus a ‘tear’ marking which runs from the corner of the eye to the whiskers, reminiscent of that seen in the cheetah.

These oversized kitties also display remarkable behaviour when compared with domestic cats, often tagging along with their owner like a dog, plus they can be trained to walk on a lead and to fetch.

They also have a prodigious leap, being able to spring a ridiculous two and a half metres into the air from a standing start, are inquisitive and often learn how to open cupboards and doors, and do not fear water, with some even joining their human masters in the shower.

The impressive and expensive animals are available in Spain, and this would seem a plausible candidate for the mighty mouser glimpsed in Estepona, although an element of uncertainty still remains due to the grainy nature of the video.