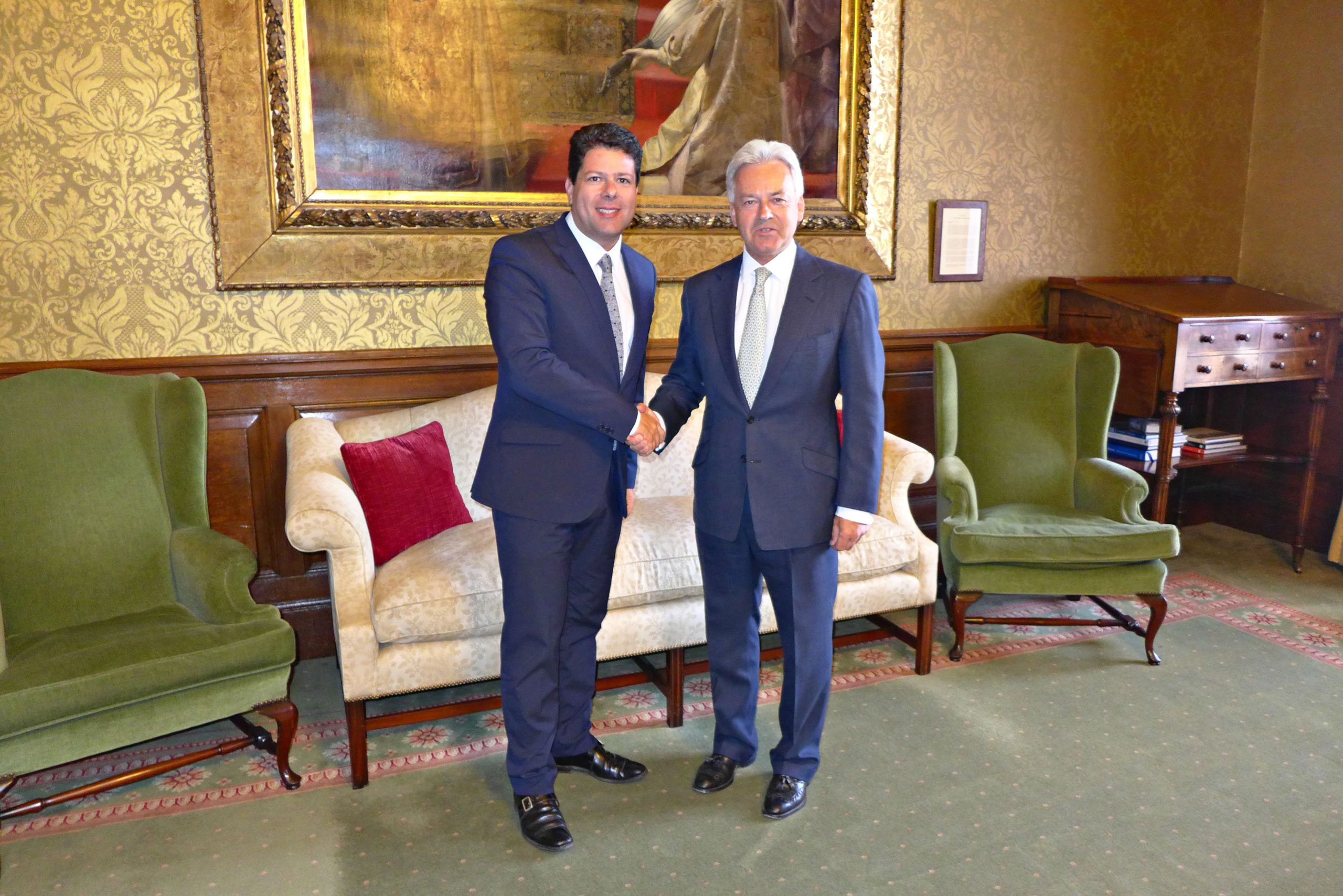 GIBRALTAR’S Europe trotting Chief Minister, Fabian Picardo met the new Minister of State for Europe and the Americas, Sir Alan Duncan, at the Foreign & Commonwealth Office in London on August 3.

Sir Alan indicated that he had a deep and long-held affection for Gibraltar as he had lived on the Rock when he was a child and his father was posted there with the Royal Air Force and as the border between Spain and Gibraltar was closed when he was just 12, he would certainly have been aware of the effect that it had on Gibraltarians.

The Chief Minister was clearly able to set out the concerns that Brexit has created in Gibraltar not only in respect of the pronouncements of the current interim Foreign Minister but also the feelings of local politicians and even the PSOE with whom he has had dealings. In addition, Mr Picardo outlined the opportunities that could possibly now be exploited as a result of a new relationship with the European Union.

Following what was a most convivial meeting, the Chief Minister, “This meeting is part of the continuing work that the Government is doing to put across the Gibraltar point of view to decision-makers in the United Kingdom. We have, since the EU referendum, discussed Gibraltar with the new Prime Minister Theresa May, the new Foreign Secretary Boris Johnson and the new Europe Minister Sir Alan Duncan, among others.”

“This work will continue as we explore all the options going forward. “Sir Alan came across to me as instinctively pro-Gibraltar. I am confident that there is a strong desire on his part to work with Gibraltar to secure a successful future that will guarantee our prosperity. I am also clear that there is absolutely no suggestion that the United Kingdom will ever compromise at all on its commitment to respect and maintain our British Sovereignty.”

“The double-lock commitment is strong and unshakeable. We will be able to continue to work collegiately and closely with Sir Alan as we embark with the UK in the negotiations in months and years to come in order to deliver the key factors that are important for Gibraltar as the UK leaves the European Union.”