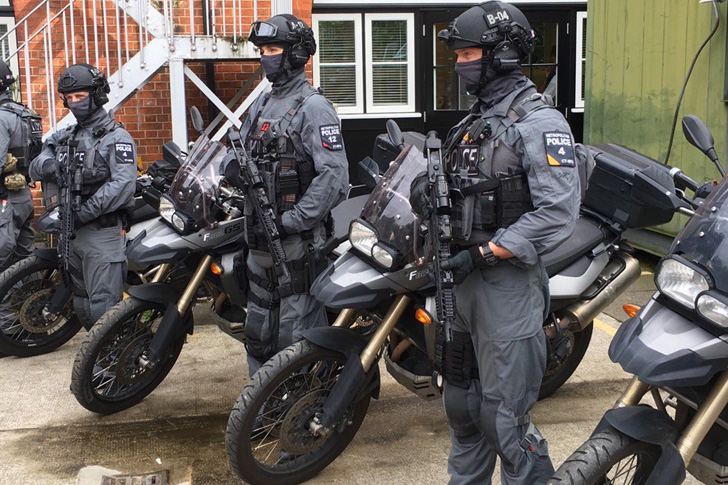 UPDATE: The Metropolitan Police have confirmed in a statement that they believe that the attacks in Russell Square by a Norwegian citizen of Somali descent were not in any way connected with terrorism but were the results of the individual’s mental instability. In addition it has now been revealed that the murdered woman is understood to be American whilst those wounded include a mixture of nationalities including Australian, British, Israeli and Spanish.

NO sooner did the Metropolitan Police announce that there would be an increase in an armed police presence in London than a new knife attack, seemingly random and purposeless took place in Russell Square in the late evening of August 3.

A 19-year-old man, described as being of dark appearance attacked a number of people with a knife, resulting in the death of a woman said to be in her 60s and the injury of another five people, three men and two women.

Armed police attended the scene, responding very quickly after being alerted to the attacks and the person responsible was brought down with a Taser before being arrested and taken to hospital prior to questioning.

Assistant commissioner Mark Rowley, from the Metropolitan Police, said: “This was a tragic incident resulting in the death of one woman and five others being injured. Early indications suggest that mental health was a factor in this horrific attack. However we are keeping an open mind regarding the motive and terrorism remains one line of inquiry being explored.

“As a precautionary measure, Londoners will wake up this morning to notice an increased presence on the streets of officers, including armed officers today. We would urge the public to remain calm, alert and vigilant.”

The Metropolitan Police Service’s Homicide and Major Crime Command is investigating, supported by officers from the Counter Terrorism Command.

Regardless of the motive of this particular attack, there is no doubt that whilst an armed police presence may allow for any terrorist attack to be swiftly dealt with, any determined individual or small group will not be discouraged from undertaking an attack if they deem it appropriate.